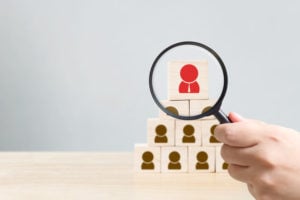 Mr. Moller brings more than 25 years of consumer product and business-to-business organizational expertise to his new role. Most recently, he was CEO of Whitlock Packaging Corp., where he merged the company into Refresco, the world’s largest independent bottler of beverages for retailers. Prior to that, Mr. Moller held various senior executive roles at Whitlock, Ocean Spray Cranberries and Johanna Foods Inc.

Arcadia Beverage has been a beverage supplier for local and global retailers since 1939. The company delivers beverage solutions (including orange juice, juice blends, teas, lemonades, RTD coffee products, enhanced waters and sports drinks) to private labels, proprietary brands and third-party brands. Its SQF3-certified facility is a single-source supply chain, which enables the company to control the quality and consistency of drinks from beginning to end.

With a primary focus on technology, energy/clean tech, consumer, industrial and the life science sectors, ON Partners recruits C-suite, board directors and senior executive talent for public and private companies, as well as venture capital and private equity firms. In 2019, ON Partners was for the sixth consecutive year named to Inc. magazine’s Inc. 5000 ranking of the fastest-growing U.S. companies. Last year, the firm was named to the Inc. 5000 Hall of Fame. Founded in 2006, the firm’s consultants work from offices in Atlanta, Boston, Chicago, Cleveland, Dallas, Menlo Park, Minneapolis, and San Francisco.

Mr. Conti, who has worked in executive search for more than 15 years, has completed upwards of 150 C-level and board searches across a range of industries. His focus is on public, private equity and venture capital organizations. Mr. Conti also serves as a member of the ON Partners executive committee. He previously worked as a consultant for PricewaterhouseCoopers’ intellectual property group, where he developed expert witness opinions for cases litigated before various federal court districts. He has also practiced intellectual property litigation for one of the largest law firms in Chicago.

Last month, ON Partners placed former Data Intensity executive Tony Sumpster as the new CEO of Worksoft. Jerry Dolinsky will step down from his role as interim CEO and maintain his position as chairman of the board for Worksoft.  Partner Jeff Hocking led the assignment.

Mr. Hocking identifies board members, chief executive officers and other senior-level talent across functions for technology companies and private equity firms. His clients span the software, hardware, networking, semiconductor and outsourcing industries. He joined ON Partners in 2017 from Korn Ferry, where he served as regional market leader for the company’s technology practice.

ON Partners also recently recruited Keith Nealon as chief executive officer of Bazaarvoice Inc., a digital marketing company based in Austin, TX. In his new position, Mr. Nealon will draw on over 20 years of experience with high-growth technology companies. Most recently, he was chairman and CEO of financial technology platform Vyze, which was acquired by Mastercard last April.