Menu
View our Events
Stay Connected:
U.S. businesses report strong hiring intentions, according to the latest “Employment Outlook Survey” by ManpowerGroup. Let's go inside the latest forecast and see which sectors and regions are in growth mode. Search expert Todd Bennett then weighs in. 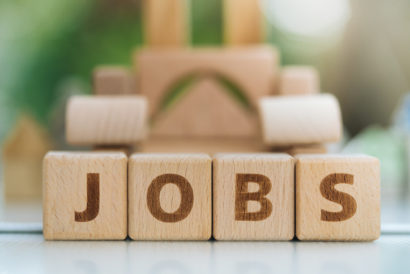 March 10, 2020 – U.S. employers are saying they expect the hiring pace to remain steady into the second quarter of 2020. That is good news in light of recent swings in American stock markets.

Employers in 23 percent of U.S. businesses surveyed expected to add to payrolls, while three percent anticipated a decrease and 73 percent expected no changes, according to the latest “Employment Outlook Survey,” released today by ManpowerGroup. Employers in all U.S. regions and industry sectors said they were expecting headcount to grow, according to the survey of more than 11,500 U.S. employers.

“U.S. consumers are remaining confident and as long as consumers keep spending, our experience tells us that jobs will follow, which is reflected in the steady hiring Outlooks in Q2,” said Becky Frankiewicz, president of ManpowerGroup North America. “Like the rest of the world, U.S. employers remain cautious, particularly in manufacturing as trade negotiations continue and hiring intentions soften for the coming quarter.”

“The reality is U.S. employers have added jobs every month since October 2010 and demand continues to outpace the supply of skilled workers,” she said. “When jobs are plush, it takes more than pay to attract and keep talent.”

ManpowerGroup’s research of over 2,000 workers, said Ms. Frankiewicz, shows that the best way to compete in a talent-scare environment is threefold: offer people flexibility over when and where work gets done, provide challenging work to learn new skills, plus competitive pay.

Employers in all four regions in the U.S. showed a positive outlook for the coming quarter. In the Midwest, employers in 25 percent of businesses surveyed said they anticipate an increase in payrolls during the second quarter of 2020. Two percent expected to trim payrolls and 72 percent anticipated no change. Employers in two Midwest industry sectors reported a moderately stronger hiring pace when compared with the prior quarter: leisure and hospitality, and transportation and utilities.

Employers in 22 percent of Northeast businesses surveyed said they expect workforce gains during the April to June period, while three percent expected a decrease and 74 percent anticipated no change. Moderately stronger hiring intentions were reported in two of the Northeast’s industry sectors when compared with the first quarter of 2020: Other services and wholesale and retail trade. In four of the region’s sectors, employers reported slightly stronger labor markets: education and health services, government, information and transportation and utilities.

Jobs Report Solid Despite Growing Coronavirus Concerns
The economy is still creating jobs at a reasonable pace. In fact, companies seem to be hiring with abandon as we enter an unprecedented 11th year of expansion. Let’s take a look at the latest jobs report just released this past Friday.

In the second quarter of 2020, employers in 24 percent of businesses surveyed in the South said they expect to add to payrolls, while three percent expected a decrease and 73 percent expected no change. Employers in five of the South’s industry sectors reported slightly stronger hiring intentions when compared with the first quarter of 2020: financial activities, nondurable goods manufacturing, professional and business services, transportation and utilities, and wholesale and retail trade.

Employers in 23 percent of businesses surveyed in the West said they expect to add to payrolls in the forthcoming quarter with three percent expecting to trim payrolls and 73 percent anticipating no change. The hiring pace was slightly stronger in three of the West’s industry sectors when compared with the first quarter. In four industry sectors, employers in the region anticipated relatively stable hiring intentions when compared with the prior quarter: Financial activities, government, nondurable goods manufacturing, and transportation and utilities.

ManpowerGroup interviewed over 58,000 employers in 43 countries and territories to forecast labor market activity* in the second quarter of 2020. All participants were asked, “How do you anticipate total employment at your location to change in the three months to the end of June 2020 as compared to the current quarter?” In the ManpowerGroup research for Q2 of 2020, employers in 42 of 43 countries and territories surveyed said they expect to increase payrolls in the April to June period.

When compared with the first quarter, hiring intentions strengthened in 23 of the 43 countries and territories, while employers in 11 reported weaker hiring plans, with no change reported in nine. In a comparison with this time one year ago, employers in 15 countries and territories reported stronger hiring prospects, while hiring plans declined in 21, and were unchanged in seven. The strongest hiring activity is anticipated in Croatia, Greece, Japan and Taiwan, while the weakest labor markets were expected in Panama, Hong Kong, Poland and South Africa.

Workforce gains were expected in all 26 Europe, Middle East and Africa (EMEA) region countries surveyed during the second quarter of 2020. When compared with the prior quarter, hiring prospects strengthened in 15 countries, but weakened in seven. In a comparison with the second quarter of 2019, outlooks improved in nine countries, but declined in 12. Employers in Croatia and Greece expected the strongest labor markets during the forthcoming quarter, while the weakest hiring sentiment was reported in Poland and South Africa.

Payrolls were expected to grow in nine of the 10 Americas countries surveyed during the second quarter of 2020, while Panamanian employers continued to anticipate a subdued hiring climate. When compared with the prior quarter, hiring plans strengthened in six Americas countries, but declined in one. In a year-over-year comparison, employers in five countries reported stronger hiring sentiment, but hiring prospects weakened in four. Americas employers said they expect the strongest hiring activity in the U.S. and Brazil during the coming quarter, while the weakest labor market was anticipated in Panama.

“Despite a fantastic start to the year and strong trailing economic indicators, we believe the second quarter will be undeniably slower and might even feel recession like,” said Todd Bennett, chief executive officer at R. Todd Bennett Retained Executive Search. “While COVID-19 is a real health emergency, the hysteria is over blown, in fact we believe some coverage borders on irresponsible.”

“There is a real danger of a panic endangering some organizations very existence when no real danger was prevalent pre-virus,” Mr. Bennett said. “While we are not comfortable predicting volume past the end of the second quarter, we believe activity will be firmly tied to consumer confidence.  When the consumers resume spending, business we return to prosperity and with that, the war for talent will begin anew.”