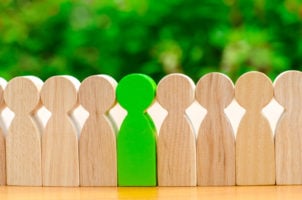 January 13, 2020 – Executive search firm ON Partners has placed Keith Nealon as chief executive officer of Bazaarvoice Inc., a digital marketing company based in Austin, TX. Joe Davis of Marlin Equity Partners has served as CEO since it acquired Bazaarvoice in 2018. The company said he will transition out of the CEO role and return to his original role as operating executive. Mr. Nealon assumed his new role on Jan. 1.

As CEO, Mr. Nealon will be charged with helping to scale Bazaarvoice’s leadership position into new markets and areas of innovation, drawing on over 20 years of experience with high-growth technology companies.

“Keith is a seasoned entrepreneur and executive with a strong track record leading successful, client-focused growth,” said Mr. Davis. “His technology and go-to-market experience is the ideal match for the business needs of Bazaarvoice.“With expansion into international markets, acquisitions of new solutions, and organic roadmap acceleration over the last two years, Bazaarvoice is positioned for continued growth, and we look forward to Keith driving exponential success for the business and its clients.”

In his new position, Mr. Nealon will draw on over 20 years of experience with high-growth technology companies. Most recently, he was chairman and CEO of financial technology platform Vyze, which was acquired by Mastercard last April. Prior to that, Mr. Nealon held leadership roles at both private and public technology companies, including Adaptive Insights, Eloqua, ShoreTel, Conductor and NaviSite.

“Bazaarvoice pioneered the category of authentic reviews and user-generated content, serving as a trusted partner to the world’s leading brands and retailers,” said Mr. Nealon.” At a time when consumers increasingly insist on trustworthy user-generated content to make purchase decisions and brands and retailers seek to innovate on their go-to-market playbooks to drive revenue growth, Bazaarvoice is poised to deliver increased value to brands, retailers, and shoppers.”

“Recent product innovations and acquisitions focused on driving measurable results for our customers have extended our leadership position and set us up for the next chapter in our company story, and I am excited to lead the business into its next phase,” he said.

Bazaarvoice was founded in 2005. Each month in the Bazaarvoice Network, more than a billion consumers create, view, and share authentic user generated-content including reviews, questions and answers and social photos across more than 6,200 global brand and retailer websites. From search and discovery to purchase and advocacy, Bazaarvoice’s solutions are designed to help brands and retailers reach in-market shoppers, personalize their experiences, and give them the confidence to buy. In addition to Austin, the company has offices in New York and Chiago as well as in Europe, Asia and Australia.

With a primary focus on technology, energy/clean tech, consumer, industrial and the life science sectors, ON Partners recruits C-suite, board directors and senior executive talent for public and private companies, as well as venture capital and private equity firms. In 2019, ON Partners was for the sixth consecutive year named to Inc. magazine’s Inc. 5000 ranking of the fastest-growing U.S. companies. Last year, the firm was named to the Inc. 5000 Hall of Fame.  Founded in 2006, the firm’s consultants work from offices in Atlanta, Boston, Chicago, Cleveland, Dallas, Menlo Park, CA, Minneapolis, MN and San Francisco.

Mr. Page has more than 25 years of broad-based accounting and finance experience. Most recently, he served as senior vice president and chief accounting officer for Under Armour. He joined Under Armour in 2011 as assistant controller. Earlier in his career, Mr. Page served as assistant controller for FTI Consulting, an independent global business advisory firm. His experience also includes senior finance positions at AES Corp., General Electric, Discovery Communications and PricewaterhouseCoopers, among others.

Advance Auto Parts is an automotive aftermarket parts provider that serves both professional installer and do-it-yourself customers. As of December, Advance operated 4,966 stores and 143 Worldpac branches in the U.S., Canada, Puerto Rico and the U.S. Virgin Islands. The company also serves 1,231 independently owned Carquest branded stores across these locations in addition to Mexico, the Bahamas, Turks and Caicos, British Virgin Islands and Pacific Islands.