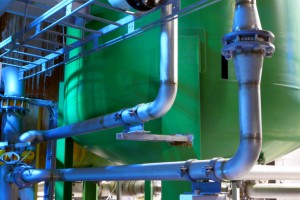 “I am pleased to transition the full operational responsibilities to Eric and our new management team,” said Robert G. Scully, who has served as president and CEO since 1964. He will remain chairman of the board.

“Eric was the unanimous choice of the Scully family and our board of directors. While I will continue in a strategic role, I enthusiastically welcome Eric as our new leader and am confident in his abilities and a bright future for the company. Now in our 80th year, we are making a carefully considered transition to the third generation,” he added.

Mr. Kirleis previously served as CEO of Gefran Corporation, a family owned industrial sensor and controls manufacturing company, in charge of its North American division. While at Gefran, he had full profit and loss responsibilities for the division and was instrumental in numerous business and new product development initiatives. Before that, he was vice president of sales and marketing for SIONEX Corporation.

“Scully has a long history of innovation in technology encompassing multiple disciplines, including software, communications, and connected devices/IoT, and we were pleased to be able to draw upon our extensive experience in these sectors to help them find the right leader to guide the company going forward,” said Mr. Poe.

“Eric clearly met all of the key elements of the specified profile in this global search and was the obvious choice to take on this critical role in the company’s transition to new leadership,” he said. “His demonstrated expertise in driving growth for global businesses in the sensors and process control segment, coupled with his proven understanding of, and sensitivity to, the nuances of working with a family-owned business and its board of directors have prepared him to succeed in this exciting opportunity and to carry on Scully’s outstanding brand and tradition of quality within it’s top-tier global customer base.”

Scully Signal Company is an engineering and manufacturing company established in 1936. With customers such as BP, Exxon/Mobil, Delta Airlines, and Union Pacific, Scully is considered a brand leader in the loading, transport, and storage of petroleum and liquid chemicals.

Radius has recently placed CEOs at Exari and eMagin, CFOs for Mondi and Citizens Energy, as well as the president for Civiq Smartscapes. The firm is currently leading an executive director search for Bentley University.