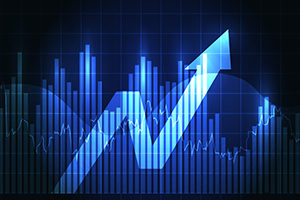 “We’re delighted to have Jennifer, Monica and Greg on our team,” said Steve Potter, CEO of Odgers Berndtson U.S. “Together they have almost 45 years of combined search experience. Monica and Jennifer are a distinguished, collegial team with strong client relationships in the non-profit and education sectors. Greg will work closely with the education practice in its college athletic work while also pushing us further into the commercial sports space.”

Ms. Burton and Ms. Biehn join Odgers Berndtson as partners in its education practice. Ms. Biehn will also work with the sports practice and will establish Odgers Berndtson’s presence in Denver. Previously, both were at DHR International, where together they led the firm’s education practice, expanding its business with research-intensive universities and generating significant revenues. Before that, both were consultants at Witt/Kiefer, where they managed senior-level searches for a wide array of organizations, associations and foundations in a number of sectors including sports, entertainment, non-profit and higher education.

“Our education team is growing quickly,” said Nick Brill, who joined the firm two years ago to found and head Odgers Berndtson’s education practice in the U.S. “Peggy Plympton, formerly acting head of the National Endowment for the Humanities and prior to that vice president/CFO at Lehigh University, joined the firm in November of last year. With the addition of Jennifer, Monica and Greg we now have significant depth in education, collegiate athletics and academic medicine,” he said.

Mr. Santore, who will head the U.S. commercial sports practice, will work closely with the education team’s collegiate athletics initiatives. He was previously a principal and head of the sports leadership practice at Witt/Kiefer, where he recruited senior executives for some of the world’s most prestigious academic institutions. Mr. Santore is an adjunct professor at Rutgers University’s M.S. program in global sports business and the author of numerous articles about recruiting and collegiate athletics.

Mr. Santore has recruited CEOs, presidents and other senior executives for organizations in healthcare, higher education and the not-for-profit sector. He will join Odgers Berndtson’s Philadelphia office.

dgers Berndtson Launches eSports Practice
Odgers Berndtson has created an eSports recruiting practice by combining its sports and gaming businesses. The firm recently hired Scott Dodkins, believed to be the first senior hire into European executive search from the interactive gaming industry to help drive growth through digital channels and new technologies such as augmented and virtual reality.

For more than 50 years, Odgers Berndtson has delivered executive search, leadership assessment and development strategies to the world’s biggest and best organizations. Its 250-plus partners cover more than 50 sectors and operate out of 59 offices in 29 countries. The U.S. wing of the firm launched in 2011 and has grown rapidly, now ranking 11th in Hunt Scanlon’s list of top 50 search firms in the Americas. Odgers Berndtson currently has U.S. offices in Austin, Boston, Chicago, Dallas, Denver, Houston, Los Angeles, Miami, Minneapolis, New York, Philadelphia, San Francisco and Washington, D.C.

The firm began the year with the addition of four experienced and well-established executive search professionals to the firm: Richard Kim, Diane Lavietes, Margaret Plympton and Richard Modecki. Mr. Kim joined as a partner in the firm’s Houston office and was most recently the head of the energy sector with Futurestep. Ms. Lavietes joined the New York office of Odgers as a partner and head of the firm’s U.S. consumer & retail practice. She was previously a SVP at Berglass + Associates. Dr. Plympton came to the Boston office as a partner in its U.S. higher education practice. She previously served as deputy chair and acting chair of the National Endowment for the Humanities. Mr. Modecki joined the firm as a principal in the technology practice based in Washington, D.C. He was most recently at Russell Reynolds Associates.