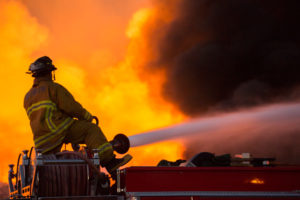 The fire chief directs and manages all firefighting, fire prevention and fire service activities of the town and is responsible, through study and consultation with town officials, for developing recommendations for the protection of life and property and short and long-range goals, said SGR. Administrative duties include planning, directing and controlling departmental activities: recruitment of personnel; purchase of equipment; control of expenditures; preparation of budget estimates; oversight of local, state and federal compliance; and the assignment of personnel and equipment.

“The chief serves as the town’s liaison on emergency preparedness issues, coordinates training programs and emergency operations drills, assists departments with their emergency and mitigation plans, and administers the submittal process for federal and state reimbursement claims for the town’s costs during emergency operations,” the search firm said.

Little Elm wants a visionary, forward-thinking servant leader to serve as its new fire chief. “The ideal candidate is a highly motivated individual who strives for success and possesses the ability to remain calm, confident, and competent in high pressure situations,” SGR said. “The new fire chief will lead by example, demonstrating Little Elm’s core values of integrity, customer service, efficiency and innovation.”

The chief must be approachable and available and able to maintain a positive presence in the community and develop strong effective working relationships with local, state, and federal emergency response agencies.

Founded in 1960, the Little Elm Fire Department has 65 full-time paid employees and three fire stations. To ensure efficiency of service, the fire department is made up of three major functional areas: administration, the operations division and the fire prevention bureau. It covers about 66 miles of shoreline along Lewisville Lake and 19 square miles of land and water within the town’s incorporated limits. The Little Elm Fire Department also provides operational services to the Town of Lakewood Village, the Frisco Hills and Frisco Ranch water districts, and areas of Denton County including Hilltown, Rocky Point and areas in between.

Strategic Government Resources, founded in 1999, partners with local governments to provide a variety of services, including executive recruitment, live and online training, psychometric assessments, employee coaching and mentoring, consulting, interim management and other collaborative activities to bring value to local government and promote a servant leadership culture. SGR has over 300 local government clients in 41 states.

Although the firm is private company, SGR operates like a local government association. Client agencies become members, not merely customers, said the firm. Most of SGR’s principals are former local government officials, allowing the search firm to bring a perspective and depth of local government expertise to every project.

SGR is led by founder and CEO Ron Holifield. He previously served as assistant city manager in Plano, TX as well as city manager in the Texas towns of Garland, DeSoto, Farmersville and Sundown. He was also on the city manager’s staff in Lubbock. In 1996, Mr. Holifield left city management and acquired Government Relations Specialists, which he grew into the 49th largest lobby firm in Texas, before selling it to an employee. In 1999, he founded Strategic Government Resources to specialize in facilitating collaboration among local governments, with a particular emphasis in employee training and development of next generation leaders.

Mr. Holifield has grown SGR into the largest private sector training company that specializes in leadership, management and customer service for local governments in the nation, said the firm. He holds a bachelor’s degree in government from Abilene Christian University and a master’s in public administration from Texas Tech University.