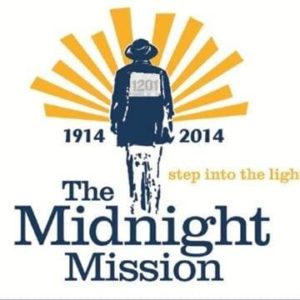 June 5, 2020 – CFOs continue to be in high demand. Finding them is keeping many of the nation’s top recruitment operations busier than ever. Recently, non–profit and philanthropic organization-focused search firm McCormack+Kristel was retained by The Midnight Mission (TMM), a comprehensive homeless shelter and homeless services provider, to lead its search for a new CFO.

The CFO provides executive financial leadership and direction to maintain the overall integrity of fiscal data. This executive will be expected to set The Midnight Mission’s financial policy and direction while also being a participant in the organization’s overall strategy, said McCormack+Kristel. As a member of the senior leadership team, the CFO will work closely with the board finance committee and non-profit’s directors.

The CFO will directly supervise a five-person team including a controller and manager of budget and government contracts, said the search firm, and will partner closely with the human resources and information technology departments.

The Midnight Mission wants an engaged leader and a skillful manager who exudes passion for organization and will serve as a team leader with staff, interns and volunteers.

“The Midnight Mission saves lives,” McCormack+Kristel said. “This is an opportunity for a financial professional to implement systems improvement and the adoption of best practices in a kind and supportive culture. Success will enable TMM to expand its critically needed outreach to the ever-growing homeless population in Los Angeles and Orange Counties.”

The Midnight Mission is the oldest continuously operating human service organization in the Los Angeles region. Today, TMM has an annual operating budget of $12 million with 167 employees, supported by about 11,000 yearly dedicated volunteers. It operates 271 beds for men at its downtown location, plus 49 beds set aside for women, the first and largest service offering of its kind on Skid Row.

McCormack+Kristel was started in 1993 as McCormack & Associates with the mission of recruiting senior leadership for the many research, advocacy and human services organizations growing exponentially in response to AIDS pandemic. Diversity recruiting has long been on the firm’s agenda. With the advent of effective treatments for HIV/AIDS, and the diminishing needs of many of these organizations, the firm broadened its client base into areas like social justice; healthcare; women’s issues; higher education; gay, lesbian, bisexual and transgender; civil rights and more.

McCormack+Kristel and WB&B, an executive recruitment firm focused on diversity and inclusion, have together led in the placement of Kevin Jennings as the new CEO of New York-based Lambda Legal, a national organization committed to achieving full recognition of the civil rights of lesbians, gay men, bisexuals, transgender people and everyone living with HIV through impact litigation, education and public policy work.

Four years ago, founding partner Joseph McCormack formed a new business partnership with Michelle Kristel, a former non-profit executive and an associate with the firm since 2013. The firm has offices in New York City and Palm Springs, CA. McCormack+Kristel clients have included the ACLU, the Los Angeles LGBT Center, TransForm, Planned Parenthood, SAGE and the Tides Foundation, among others.

For corporate finance executives who want to de-stress their lives, moving into the non-profit world is one obvious avenue. But a new report by professional services firm BDO USA points out some of the issues they would face there might remind them of their for-profit jobs. For one, their fellow C-suiters may not fully appreciate some of the challenges CFOs face. Non-profit CFOs are much more attuned to the difficulty of dealing with regulatory and legislative changes.

Like their for-profit counterparts, non-profit CFOs have also been tasked with assessing the impact of the new tax-reform law, implementing the necessary changes and determining the most beneficial tax strategies going forward. They were also involved in implementing accounting changes for revenue recognition and leasing arrangements. Finally, the CFOs were somewhat less concerned about cybersecurity than were the others. Exactly half of the former respondents, but 57 percent of the latter, said it’s a high or moderate challenge for non-profits’ boards.

BDO appeared to lightly criticize the finance chiefs for not taking cybersecurity seriously enough, saying that “CFOs could be overlooking tech-related challenges.”

“While information technology is often not under [non-profit] CFOs’ immediate responsibilities,” BDO said in its survey report, “the security of financial technology systems — including donor databases — is a crucial element of a non-profit’s overall cyber hygiene.

“Anecdotally,” the report said, “protecting organizations from cyber threats is consistently on board agendas. A CFO’s role might primarily live within the organization’s finance arm, but as veterans of the non-profit space know well, an effective leader in the dynamic non-profit world is a jack of all trades.”