Menu
View our Events
Stay Connected:
With businesses across the U.S. continuing to reopen, this morning’s labor report reveals a stunning turnaround as employers add 2.5 million jobs in May. Let’s take a closer look at the numbers as search consultants from ZurickDavis, International Executive Search Federation, and Borrer Executive Search weigh in. 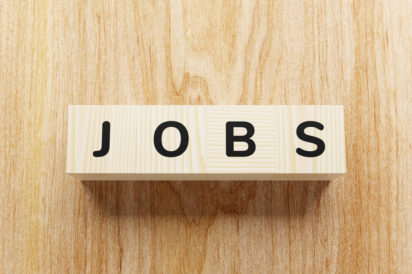 June 5, 2020 – Employment surprisingly rose by 2.5 million last month as the U.S. unemployment rate fell to 13.3 percent, according to the most recent U.S. Bureau of Labor Statistics report released this morning. These improvements in the labor market reflected a limited resumption of economic activity that had been curtailed in March and April due to the coronavirus (COVID-19) pandemic and efforts to contain it. Nearly 42 million people have now filed for unemployment benefits over the past 11 weeks, representing the biggest jobs loss in U.S. history.

Economists surveyed by Dow Jones had been expecting payrolls to drop by 8.3 million and the unemployment rate to rise to 19.5 percent from April’s 14.7 percent.

“Barring a second surge of Covid-19, the overall U.S. economy may have turned a corner, as evidenced by the surprise job gains today, even though it still remains to be seen exactly what the new normal will look like,” Tony Bedikian, head of global markets at Citizens Bank, told CNBC.

• In May, employment in leisure and hospitality increased by 1.2 million, following losses of 7.5 million in April and 743,000 in March. Over the month, employment in food services and drinking places rose by 1.4 million, accounting for about half of the gain in total nonfarm employment. May’s gain in food services and drinking places followed steep declines in April and March (-6.1 million combined). In contrast, employment in the accommodation industry fell in May (-148,000) and has declined by 1.1 million since February.

• Construction employment increased by 464,000 in May, gaining back almost half of April’s decline (-995,000). Much of the gain occurred in specialty trade contractors (+325,000), with growth about equally split between the residential and nonresidential components. Job gains also occurred in construction of buildings (+105,000), largely in residential building.

• Employment increased in the other services industry in May (+272,000), following a decline of 1.3 million in April. About two-thirds of the May increase occurred in personal and laundry services (+182,000).

• Professional and business services added 127,000 jobs in May, after shedding 2.2 million jobs in April. Over the month, employment rose in services to buildings and dwellings (+68,000) and temporary help services (+39,000), while employment declined in management of companies and enterprises (-22,000).

• Financial activities added 33,000 jobs over the month, following a loss of 264,000 jobs in April. In May, employment gains occurred in real estate and rental and leasing (+24,000) and in credit intermediation and related activities (+7,000).

• Mining continued to lose jobs in May (-20,000), with most of the decline occurring in support activities for mining (-16,000). Mining employment has declined by 77,000 over the past three months.

• Employment in transportation and warehousing decreased in May (-19,000), after an April decline of 553,000. Air transportation lost 50,000 jobs over the month, following a loss of 79,000 jobs in April. In May, employment rose by 12,000 in couriers and messengers and 10,000 in transit and ground passenger transportation.

“We’ve adjusted expectations for our internal staff by being completely open and transparent about the challenges we all face,” said Jeff Zegas, CEO of ZurickDavis. “We do not anticipate that business will be as brisk as it is normally for the next few months; we have already noted a marked decrease in new searches since early March.” He said his firm is using “whatever open time we have now” to address activities or projects that are important but perhaps less urgent when managing a full caseload of open searches. “We are urging staff to refresh old business contacts, to assist executives with career coaching or resume preparation, and to let everyone know that we at remain interested in and available to help our many long-term relationships.”

As States Begin to Reopen, Another 1.9 Million Americans File for Unemployment

Despite many businesses in America reopening, the COVID-19 pandemic continues to flood the market with displaced workers. As of this morning, nearly 42 million have filed for unemployment as another 1.9 million join the growing list just this past week. Let’s take a look inside the numbers as search experts from Berkhemer Clayton and Cognitive Talent Partners weigh in.

“Uncertainty will be something that we will need to learn to live with,” said Victor Carulla, global president of the International Executive Search Federation. “The 2008 recession taught us that it is vital to be being flexible and adaptable.”

“As a specialist in the sourcing of talent in procurement & supply chain, we see that companies are now having to react to major disruptions in supply chains that are occurring around the globe and this will require them to have the right leaders in place,” said Jennifer Borrer, founder and managing partner of Borrer Executive Search. “What is beyond doubt is that the global economy will see massive upheaval and uncertainty in all sectors in the short to medium term. It will therefore be imperative for senior leadership teams to have the right people to manage the disorder that will continue long after the public health emergency has abated.”

“The character and skill set of management will be tested to the extent not seen for generations,” she said. “Therefore, the nature of our service to them will not change; continue to be a trusted partner to our clients in attracting and integrating the world-class talent that will be imperative to adapt and survive.”

In the space of a few months, Ms. Borrer said, “a crisis that most of us would never have predicted has come to reshape the way business is conducted.” Many search firms, she added, along with their clients, will be wrestling with the upheaval caused by the pandemic for a very long time.