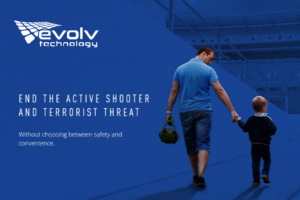 November 1, 2019 – Chief financial officers continue to be in high demand. Finding them is keeping many of the nation’s top recruitment operations busier than ever. In recent months, search firms of all varieties have placed CFOs at various companies.

Recently, TillmanPartners placed Peter Faubert as the new CFO for Evolv Technology. Backed by an impressive group of investors including Bill Gates, Evolv is a technology start-up addressing the active shooter threat.

“We are thrilled to have Peter join the Evolv Technology executive team,” said Mike Ellenbogen, CEO of the Waltham, MA-based company. “His extensive financial leadership experience and proven expertise scaling cohesive, well-functioning teams are exactly the traits and qualities we need as Evolv enters an accelerating growth phase.”

“Evolv Technology is an exciting company led by two dynamic co-founders and backed by an impressive group of investors including Bill Gates,” said Rob Tillman, CEO of the search firm. “When I launched TillmanPartners earlier this year, I set out to serve an exclusive group of CEOs and investors, and it was an honor to partner with Evolv’s mission driven team. Peter is not only well suited to assist in scaling the company, but he is also an excellent fit for Evolv’s collaborative and passionate culture.”

Mr. Faubert joins Evolv from SeaChange International, where he spent the last three years as CFO of this public software company. Previously, he served as CFO of This Technology Inc., Vision Government Solutions, JNJ Mobile (MocoSpace) and Turbine Inc. In addition, Mr. Faubert served in senior finance positions with Viisage, Burntsand and Ariba. He began his career with PricewaterhouseCoopers and Deloitte.

Evolv said its mission is to “preserve everyone’s fundamental right to be safe in the places people gather.” The company’s solutions are designed to proactively keep people and assets safe by using sensors to detect both metallic and non-metallic threats, while also integrating facial recognition to identify people of interest.

“I am excited to have accepted the role of CFO at Evolv Technology,” said Mr. Faubert. “In a very short amount of time, Evolv has positioned itself as a leader in the weapons screening market. Among its many innovations across the industry are Evolv’s advanced technology and unique business model. As a father of five, I’m thrilled to join the Evolv team to help fulfill the mission to create a safer world while also positioning the company for financial success,” he said.

TillmanPartners was launched in March to provide executive search, integrated coaching and one-on-one coaching specializing in CFOs and CIOs. “I’ve been blessed to serve hundreds of leaders over the last three decades, and my focus on recruiting and coaching CFOs and CIOs is totally unique in the market today,” said Mr. Tillman. “Launching TillmanPartners allows me to serve an exclusive group of clients with no off-limits conflicts, a vibrant network and the added capabilities to assist in onboarding and coaching key leaders.”

As CFOs Gain in Stature, Succession Plans to Replace Them Falter

As with all things in the business world, the role of a CFO has evolved over the past 10 years. Gone are the days of the CFO being the top accountant focused on the timely and accurate recording of transactions to generate a set of financial…

Mr. Tillman previously founded the executive search boutique TillmanCarlson. He served as CEO of the Chicago-based firm for 16 years, recruiting over 200 CFOs and CIOs and achieving impressive completion and stick rates of 95 percent and 98 percent, respectively. He began his career in search with Russell Reynolds Associates and then served as managing partner of Crist Partners, a spinoff of Reynolds. Mr. Tillman is a certified executive coach, having completed his certification at the Hudson Institute of Coaching and with Hogan Assessments.

Just recently, TillmanPartners placed Steve Zitkus as CFO for Legendary Companies, the holding company that includes Coker Tire and several leading automotive aftermarket brands. Mr. Zitkus joins from Edelbrock Corporation where he spent five years as CFO. “Wade Kawasaki is an inspirational leader with a great reputation and stature in the industry,” said Mr. Tillman. “Recognizing a tremendous opportunity to partner with Wade and drive an acquisition strategy in the automotive aftermarket, Irving Place Capital acquired the business this past year. I’ve worked with IPC on several occasions over the years, and Zitkus is well suited to serve as a business partner with Wade and IPC in driving profitable growth.”

Check Out These Related Articles On CFO Searches: