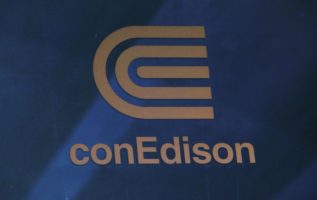 March 4, 2020 – Legal recruiting continues to be a hot area for search firms. Lawyers employed by government agencies in particular have been on the move in recent months, according to Hunt Scanlon Media. Employment of lawyers is projected to grow 10 percent through 2022. Demand for legal work is expected to be robust as individuals, businesses and all levels of government require legal services in the U.S. and internationally as global economies expand.

Just recently, Major, Lindsey & Africa (MLA) placed Deneen Donnley as general counsel at Con Edison in New York. She succeeds Elizabeth Moore, who retired at the end of December. The search was conducted by Lee Udelsman and Michael Sachs, both partners in MLA’s in-house counsel recruiting group in New York and Chicago, respectively.

“Deneen is an ideal choice to lead Con Edison’s legal department into the next chapter of this well-established New York institution,” said Mr. Sachs.

“Deneen has led large legal teams several times throughout her career and is a fantastic fit with the culture and people orientation at Con Edison,” said Lee Udelsman. “We couldn’t be more excited that Deneen has been able to return to the place where she was raised.”

Ms. Donnley spent the last nine years with USAA in San Antonio, most recently serving as executive vice president, chief legal officer and corporate secretary. She has also held general counsel positions at USAA’s Federal Savings Bank and ING Direct USA. Prior to going in-house, Ms. Donnley served as a corporate and bank regulatory associate with Pepper Hamilton in Wilmington and also spent several years as a staff attorney with the Federal Reserve Board in Washington. She is currently a fellow with the National Association of Corporate Directors (NACD) and a member of the board of directors of the Leadership Council on Legal Diversity.

In her new role with Con Edison, Ms. Donnley will serve as the senior legal advisor to the board of directors, chief executive officer and senior management. Reporting to the chairman and CEO, she will lead a seasoned team of four vice presidents who oversee business ethics and compliance, legal services, the office of the secretary and regulatory services.

Con Edison is a subsidiary of Consolidated Edison Inc., one of the nation’s largest investor-owned energy companies, with approximately $12 billion in annual revenues and $56 billion in assets. The utility delivers electricity, natural gas and steam to 3.5 million customers in New York City and Westchester County, NY.

Mr. Udelsman focuses on recruitment and retention for in-house legal departments across the U.S. and internationally. Since joining the firm in 2005, he has consulted and partnered with hundreds of companies. He advises clients on matters ranging from legal department optimization, including legal spend, compensation benchmarking and use of alternative legal resources, to building high performance legal teams to support the business objectives of those companies. Mr. Udelsman also is a member of the firm’s life sciences and healthcare segment team, helping all types of healthcare organizations recruit talent.

Mr. Sachs specializes in placing lawyers at all levels—from junior counsel to general counsel—in corporate and university legal departments. Over the years, he has spearheaded critical searches in numerous industries, including healthcare, energy, financial services, consumer products, pharmaceuticals and medical devices, manufacturing and higher education. His clients have ranged from Fortune 500 companies with very large law departments to privately-owned organizations with small legal teams and start-ups looking to build up their legal teams.