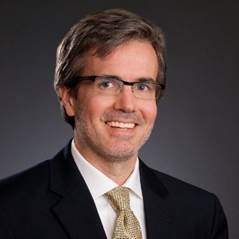 With more than 20 years of comprehensive experience as a practicing lawyer and talent management consultant in both the U.S. and Europe, he focuses on representing individual partners and partner groups in the lateral marketplace.

Mr. Stevens began his legal career working in Houston, Denver and Atlanta at a variety of large law firms before transitioning to legal recruiting in 2008. After starting his legal recruiting career in Houston, he relocated to Budapest in 2009 to take on a role with the Hudson-Legal affiliated firm Legalis. He joined Neumann Legal in Austria and eventually moved on to opening his own firm, Prodigy Talent from Gonzaga Management Solutions, also based in Europe.

“Ron has extensive knowledge of the recruiting industry in Houston and is a welcome addition as we grow our team in that market,” said John Cashman, partner and vice president, law firm recruiting at MLA. “Our firm is committed to building upon our core practice areas as we continue to explore strategic initiatives for the company.”

Since the start of the year, MLA has been bolstering its staff. A few weeks ago the firm named Stacey Breen and Peter Van Son as directors in its partner practice group in the firm’s New York office. Ms. Breen is a litigator with over 15 years of experience. She was previously a partner at law firm Wolf Haldenstein Adler Freeman & Herz in New York. Mr. Van Son is a legal operations executive and attorney with a successful track record at major AmLaw 100 firms.

Earlier in January, MLA named Jennifer Silver as executive director and global head of marketing and communications. She is based in the firm’s Boston office and will be responsible for strategic marketing for both MLA and Allegis Partners, its sister company focused on executive search.