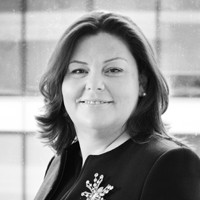 October 2, 2015 – International legal recruiter Laurence Simons has named Clare Butler as its new global managing director. She will report to Mark Carriban, chief executive officer of the FiveTen Group, and will oversee the firm’s global operations as well as expand the business internationally.

Ms. Butler started her career 20 years ago as a legal advisor for the Centre for European Policy Studies (CEPS). She advanced her career with CPA Global (one of the world’s leading intellectual property management and IP software specialists) becoming vice president in 2008, then head of strategy and development two years later. Since 2012, she has worked for Article One Partners (AOP), one of the world’s largest IP research communities. Starting as its general manager for Europe, Ms. Butler was promoted a year later to general manager of Europe and Asia.

“With Clare’s wealth of international and commercial experience gained at a senior level, she is perfectly positioned to assist Laurence Simons to strengthen its business across both mature and developing markets,” said Mr. Carriban.

“I’m very excited to be joining Laurence Simons,” said Ms. Butler. “With its 27 year history, Laurence Simons is well-established and an internationally renowned brand throughout the legal and compliance sector. I look forward to strengthening the firm’s position as a major player in its field as well as helping to grow the business in key emerging markets, in particular Eastern Europe, the Middle East and Africa.”

Despite industry upheaval over the past several years, the legal sector appears to be in an uptick mode.

Employment of lawyers is projected to grow 10 percent through 2022, about as fast as the average for all occupations, according to “Lawyers: Occupational Handbook.” Demand for legal work is expected to be robust as individuals, businesses, and all levels of government require legal services in the U.S. and internationally as global economies expand.