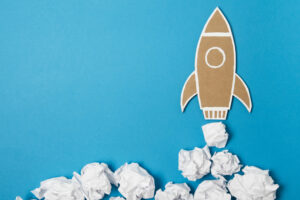 September 22, 2021 – Andrew C. Wheeler, a veteran executive search consultant with more than 20 years of experience, has launched Lincoln Leadership, a Philadelphia-based boutique search firm rooted in the idea of “advancing mobility”—be it, educational, health, generational, structural, or financial—for organizations and people. “We’re looking to transcend the simple idea of DEI,” Mr. Wheeler said, “to create a landscape that expands leadership opportunities for everyone.”

“Starting Lincoln Leadership was never about just finding accomplished leaders. A lot of people can do that,” said Mr. Wheeler, who serves as the firm’s president. “It’s about much more than that. It’s about finding people who are called to lead, who bring not just experience, but purpose, direction and a sense of mission to their roles.”

“When I think of Abraham Lincoln, I think of someone who had the courage of his convictions, and who welcomed different points of view and dissent without judgment, and who boasted unmatched integrity,” Mr. Wheeler said. “He also ushered in the concept of belonging—not only in his cabinet, but in the nation. His stewardship stands the test of time, regardless of party or politics. That’s the kind of steady, progressive and inclusive leadership I am dedicated to bringing to our clients.” Hence the name.

Mr. Wheeler’s experience in executive search includes the completion of more than 500 searches, including many at the CEO, president, director, and board level. An alumnus and 25-year class agent of Bowdoin College in Brunswick, ME, he began his career in executive search at Heidrick & Struggles before joining the Diversified Search Group. Over a 20-year career at Diversified he came to lead the firm’s education and non-profit practice and placed leaders at some of the nation’s most august institutions, including Penn Medicine, the March of Dimes, New York University, Williams College, Capital Area Food Bank, Bill & Melinda Gates Foundation and Rutgers Health, in addition to hundreds of more specialized colleges, non-profits and hospitals.

“Andrew became an extension of the university and a powerful force for Arcadia,” said Ajay Nair, a Mr. Wheeler placement and the president of Arcadia University, who subsequently hired him to build his C-suite team there. “He gave us another layer of expertise and accountability to ensure we were getting it right.”

Over the past year, new recruiting firms have put out shingles around the world in a wide range of industries. Here’s a look at a recent sampling from the Hunt Scanlon Media archives:

Massey Henry has opened its doors in Toronto as an executive search and board advisory firm specializing in financial services and the public sector. Founder and managing partner, Michael Henry, a seasoned executive search professional, aims to set a new standard for executive recruiting with a streamlined, collaborative approach that enables organizations to recruit diverse top talent for urgent, transformational roles. “In today’s pandemic-driven landscape, we are seeing increased pressures with regard to risk management, regulatory compliance, digitization, and diversity and ESG, at both the board and C-suite levels,” said Mr. Henry, a specialist in the recruitment of senior-level executives and corporate directors in financial services.

Mike Sarraille and George Randle have launched Talent War Group, an executive search and leadership consulting firm that will combine top talent processes and insights with executive placement, talent advisory and leadership development services. The authors of “The Talent War: How Special Operations and Great Organizations Win on Talent,” the firm’s founders said the new firm “offers today’s businesses and organizations an advanced, competitive approach in the battle for hiring, developing and engaging high-performing, A-player leaders.”

Mark Oppenheimer, former CEO Americas for Marlin Hawk in New York, has launched Modern Executive Solutions in Atlanta. He co-founded the new search outfit with his wife, Michelle Domanico, who serves as chief financial officer. Modern’s purpose, according to Mr. Oppenheimer – who serves as chief executive – is to improve “diverse representation within leadership teams.” The firm has spent months collecting, tracking and analyzing feedback from hundreds of C-level executives before launching recently. Modern bills itself as “an innovative executive search and integrated advisory solutions firm,” underpinned with market intelligence and assessment capabilities – strong points of Mr. Oppenheimer’s while serving in various leadership capacities at Marlin Hawk over a 12-year career with the London-based recruitment provider.

Debra L. Lee, the former CEO of BET Networks, and Rabia de Lande Long, an executive coach and management consultant for top companies, have launched a bi-coastal consulting firm, the Monarchs Collective, centered on elevating black executives and women. “The Monarchs Collective answers the calls for – and clear business value of – diverse leadership, and partners with organizations and executives to make it easier to discover, develop and promote exceptional black and women executives for boards and leadership roles,” said the firm’s new leaders in a statement. “Frustrated by a perceived lack of qualified candidates who bring diversity but inspired by the great number of extraordinary talent in their networks, the co-founders launched the Monarchs Collective to break old systems and networks. They seek to accelerate efforts to expand leadership pipelines and create measurable and sustainable systems for engaging and retaining diverse talent.”

Ahmad Popalyar has launched Succession Executive Search, a recruiting firm that specializes in finding investment banking and private equity professionals, as well as C-level executives across the middle market. “To win the war for talent, you have to first understand that the battlefield isn’t the same as it was even five years ago,” said Mr. Popalyar, who serves as president and CEO. “It’s digital now. In order to find and attract top-tier talent, you have to be connected to the virtual communities – where the networking, engagement and thought leadership is happening. You must meet the candidates where they are, and actively engage and build relationships with them before they even think about taking on their next role,” he said. “If not, you’ll find yourself spending six to 12 months trying to find that right person that could have been found in one week.

Recruitment industry veteran Tim Walsh has launched Vetted, a boutique recruitment and outplacement firm focused on supporting Greater Boston’s innovation ecosystem. “We want to help companies navigate this new world of talent acquisition, where remote hiring and the renewed importance of diversity hiring have come to the forefront,” said Mr. Walsh. “With all that’s happened in 2020, it’s more important than ever to give back. To put that into action, we’re proud to donate 10 percent of our profits to local charitable causes while partnering with Boston-area businesses who share that mindset and are excited about the good we can do together.”