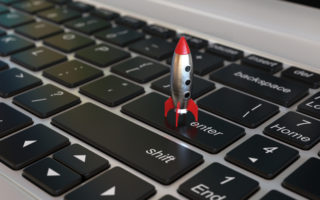 February 8, 2021 – Mark Oppenheimer, former CEO Americas for Marlin Hawk in New York, has launched Modern Executive Solutions in Atlanta. He co-founded the new search outfit with his wife, Michelle Domanico, who serves as chief financial officer. Modern’s purpose, according to Mr. Oppenheimer – who serves as chief executive – is to improve “diverse representation within leadership teams.” The firm has spent months collecting, tracking, and analyzing feedback from hundreds of C-level executives before launching recently.

Modern bills itself as “an innovative executive search and integrated advisory solutions firm,” underpinned with market intelligence and assessment capabilities – strong points of Mr. Oppenheimer’s while serving in various leadership capacities at Marlin Hawk over a 12-year career with the London-based recruitment provider. As he did with Marlin Hawk, Mr. Oppenheimer will address client talent needs with a customizable service approach. “We are determined to set a new benchmark for the search industry,” he said.

Recruiting Transformational Leaders: A Supply and Demand Challenge for Modern Business
Today, technology is front and center of most business change. It can drive efficiency, growth, improved customer service, and an untold number of other elements that lead to success. Now, more than ever, businesses require leaders who understand technology and its possibilities in order to spearhead change.

“To be successful, leaders themselves have to be transformational,” says Colin Baker, a partner at London-based executive search firm Wilton & Bain, and head of the firm’s global technology officers’ practice. “They have to want to change something; they have to want to create positive change within an organization.” These leaders, according to Mr. Baker, are in short supply and heavy demand.

Newly Formed Board of Directors

“I am excited to be a member of Modern’s advisory board,” said Mr. Brock. “I believe that Mark and the team have created the innovative model for executive search the industry so desperately needs. Successfully building high functioning and diverse leadership teams has never been more challenging, and Modern is specifically designed to solve this problem.”

“As with many other industries, executive search is ready for real transformation and Modern stands ready to be the firm that will lead the way,” said Ms. Cox. “Building upon the best the industry has to offer, the team recognizes the importance of transparent, frictionless experiences that also focus a sharp lens on diversity and true inclusion.”

“The future of candidate selection will grow increasingly dynamic as companies shift to stay competitive and diversity of candidate pools grow,” said Mr. Modica. “Modern is taking a fresh approach by combining traditional market knowledge, an understanding of customer needs and sound judgment while also leveraging new science-based insights and cultural understanding to get the right long term fit.”

Marlin Hawk Builds Winning Strategy on Finding Transformational Leaders
Six years ago, London-based Marlin Hawk sent Mark Oppenheimer, then just 27, to New York to establish an across-the-pond outpost for the enterprising leadership advisory firm. He had four years of experience as a researcher and the faith and support of his bosses back home. But when he stepped off the plane in America, Mr. Oppenheimer was largely on his own.

Today, that picture is quite different. Mr. Oppenheimer is now CEO of the firm’s fast-growing Americas region and Marlin Hawk is growing by double digits in the U.S. After showing steady gains every year since his arrival, the firm’s American revenues will top $18 million this year. Mr. Oppenheimer expects that number to reach $30 million in 2019.

Among the firm’s talent service offerings at launch time, Modern will offer executive search, ‘nouvelle’ assessment – a proprietary methodology designed by the firm that delves into a leader’s personality, motivators, and leadership style to investigate cultural alignment, potential, and a leader’s ability to succeed in new organizations or more complex roles; talent pipelining; succession planning; and executive research.

Related: New Ways to Move the Needle on Diversity Hiring