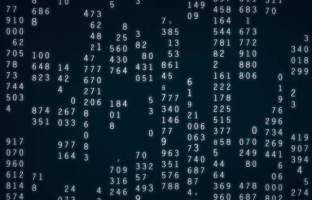 October 21, 2015 – Full-time, permanent hiring in the fourth quarter is projected to be the most robust since 2006, with seasonal hiring poised to outpace last year’s projections by a healthy margin, according to CareerBuilder’s latest forecast.

Thirty-four percent of U.S. employers plan to hire full-time, permanent staff this quarter, and nearly the same percentage (33 percent) expect to add seasonal staff. More than half (53 percent) of retailers plan to hire seasonal workers in Q4, up 10 percent from last year. The survey was conducted online within the U.S. by among 2,326 hiring and human resource managers.

“Our study is reflecting a durability in the U.S. economy and labor market,” said Matt Ferguson, CareerBuilder CEO. “Employer confidence is widespread and the strongest we’ve seen since 2006. Hiring will continue on an upward trajectory for both permanent and seasonal positions, with pay expected to improve over last year as companies keep pace with minimum wage hikes and compete more aggressively for elusive talent.”

Thirty-nine percent of employers added full-time, permanent headcount in Q3, up from 34 percent in the same period in 2014 and 28 percent in 2013. Just 10 percent decreased headcount, on par with last year, while 49 percent made no change to staff levels and one percent was unsure.

Looking ahead, 34 percent of employers plan to add full-time, permanent employees in Q4, up from 29 percent in 2014 and 25 percent in 2013. Only 10 percent expect to reduce staff, on par with last year, while 52 percent anticipate no change and four percent are unsure.

Seasonal hiring activity over the next three months is also expected to show notable year-over-year gains: One third (33 percent) of employers expect to hire seasonal workers in Q4, up from 26 percent last year; 57 percent expect to transition some seasonal staff into full-time, permanent roles, up from 42 percent last year. Amazon announced yesterday that it will add upwards of 100,000 workers this Christmas holiday season.

But despite those two months of poor job reports, various studies by leading recruiting companies show growing hiring optimism in the coming months.

Manpower’s latest ‘Employment Outlook Survey’ reported that U.S. employers are predicting the strongest fourth quarter hiring blitz since the final quarter of 2007. In addition, a Bloomberg BNA survey on hiring projections and job security trends found that employment trends are pointing to an expanding workforce.

Other positive signs have emerged on the HR side of things as well. Confidence in the U.S. labor market continued to climb among HR professionals this year, with 69 percent reporting a confidence level not reported for six years. According to the just released ‘Jobs Outlook Survey’ from the Society for Human Resource Management, the forecast represents the highest level of optimism among HR professionals since the survey was launched in 2009.

In the report, more than half (51 percent) of HR executives reported they were somewhat optimistic about job growth in the U.S., and another 18 percent were very optimistic and anticipated job growth during the next few months as the year winds down. That 69 combined percent represents an increase from the second half of 2014, when a combined 64 percent of respondents expressed some level of optimism about job growth.

“For many people, including the long-term unemployed, many of these over-the-top staffing projections are difficult to bear,” said Scott A. Scanlon, founding chairman and CEO of Hunt Scanlon Media, which tracks the global talent acquisition sector.

“I’d be remiss if I didn’t say it, but these optimistic reports are downright depressing to many people. In my mind, there should not be any word of ‘talent shortfalls’ — just look at the number of highly qualified people who can’t land professional positions.”

Mr. Scanlon sees growing evidence of a broken down recruiting system which favors the ‘actively-employed, actively-seeking’ professional over others who might be just as qualified, and in some cases more so, but remain unemployed. “In time, they become untouchable,” he said.

Statistics, said Mr. Scanlon, can be revealing. “But survey figures always mask the identities of the people who are behind every data point. Let us not forget that behind every negative statistic in a jobs report stands a person unaccounted for in the workplace. That has to change.”