Menu
View our Events
Stay Connected:
Alison Ranney and Kara Teising co-led the search that placed Hayley Murphy, deputy director of Zoo Atlanta, in the top job at one of Michigan’s leading attractions. Dr. Murphy’s excellence as a zoo executive and as a scientist are expected to help the Detroit Zoo continue growing as a respected animal and environmental research institution. Let’s go inside the search. 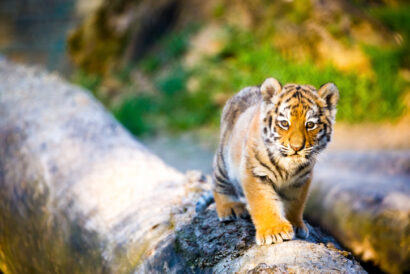 September 17, 2021 – Koya Partners, part of the Diversified Search Group, has placed Hayley Murphy as the first woman to lead the Detroit Zoological Society (DZS). She is succeeding a chief executive officer, Ron Kagan, who is retiring after 28 years of service. Alison Ranney, managing partner and partner in charge, Chicago, and Kara Teising, managing director, co-led the CEO search team for Koya in partnership with a 13-member search committee comprised of board members of the Detroit Zoo.

“This was an exciting and fulfilling search for our Koya team,” said Ms. Ranney. “Due to our deep commitment to mission-driven leadership generally, and to cultural institutions like the Detroit Zoo who are leaders in their fields, we were thrilled to have the chance to partner with the board of the Detroit Zoo. The qualities, skills and characteristics that make Hayley an exceptional leader, in addition to her work in animal welfare, education, research and community engagement, made her a natural choice for this role. The fact that she spent her childhood summers in Detroit and brought a passion for Southeastern Michigan was an added bonus.”

“Hayley will build on the Zoo’s strong foundation as a leader in the animal welfare landscape and will be a strong voice in shaping the conversations about conservation, education and sustainability worldwide,” Ms. Ranney said.

“This is a fascinating time to be involved in the next generation of zoo leadership,” said Ms. Teising.  “Literally dozens of CEOs are retiring after decades at the helm of the leading institutions in this field. Our team has enjoyed thinking creatively about identifying talent for this exciting upcoming chapter. Hayley is an example of what the future can be. As around 25 percent of the CEOs of major zoos are women, it is particularly exciting to see an exceptional leader like Dr. Murphy step into a position of international influence such as this one.”

“Hayley is an incredibly successful and respected leader who is often praised for being a strong listener, investing in relationships and showing compassion in all that she does,” said Tony Early, board chair at the Detroit Zoo. “Not only is she a superb zoo executive, her accomplishments as a scientist will allow the DZS to continue growing as a leading animal and environmental research institution.”

Dr. Murphy, a doctor of veterinary medicine, will join the Detroit Zoo from Zoo Atlanta where she currently serves as deputy director. With more than 30 years of zoo experience and extensive involvement with the Association of Zoos and Aquariums (AZA), Dr. Murphy has expertise in conservation, animal welfare and education. She serves on the AZA’s ethics board and professional development committee.  Also notable is her strong background in zoological veterinary medicine. Dr. Murphy served as senior director of veterinary services and vice president of animal divisions before her promotion to deputy director at Zoo Atlanta, where she is responsible for mission-related areas including education, animal care and welfare, research, human resource management, exhibits and construction.

One of the country’s leading experts in gorilla cardiac health, Dr. Murphy is also director of the Great Ape Heart Project, an innovative, international, multi-institutional effort – in which the Detroit Zoological Society is an active participant – aimed at investigating, diagnosing and treating heart disease in great apes.  She also serves as the national veterinary advisor for the Gorilla Species Survival Plan and the Ape Taxonomic Advisory Group.

“I am thrilled to join the Detroit Zoological Society and to work with such a dedicated board of directors, Zoo staff and the Greater Detroit community to continue the history of excellence and innovation for which the Detroit Zoo is known,” said Dr. Murphy. “Animal welfare, education, research and community engagement are critical to the future of our planet, and I am excited to lead an organization so clearly aligned with this mission. My family and I are looking forward to living in the Detroit area and becoming part of this progressive and diverse community.”

The Detroit Zoological Society is a world-renowned leader in the distinct areas of wildlife conservation and animal welfare and is leading innovation around environmental sustainability and humane education. With an annual regional economic impact of more than $167 million, the Detroit Zoo is one of Michigan’s largest paid family attractions, hosting more than 1.3 million visitors annually. Its 125 acres of award-winning naturalistic habitats are home to 2,800 animals representing 239 species. The Belle Isle Nature Center sits on a five-acre site surrounded by undisturbed forested wetlands on Belle Isle State Park in Detroit.

Diversified Search Group is a family of firms serving specialized sectors. The firm was founded almost five decades ago for the express purpose of placing diverse candidates in client organizations. Koya Partners is a part of the Diversified Search Group and is dedicated to mission-driven leadership. Koya works broadly at the senior-most levels of the mission-driven field in philanthropy, social services, arts and culture, and social justice, among others. In 2020, Koya was acquired by Diversified Search. With the combination of revenues and resources, Diversified Search and Koya now represent one of the largest non-profit and higher education practices in the executive search industry – a burgeoning area coming to be known as the social impact sector.

Ms. Ranney specializes in leading CEO, president, executive director and other senior executive searches for mission-driven clients across the country and around the world.  She co-leads the CEO practice of Diversified Search Group with CEO Dale Jones.  In addition to the Detroit Zoo CEO search, she has recently placed the next CEO of United Way Worldwide, the largest privately funded non-profit.  Other CEO searches she has led include the Museum of Science & Industry, the Art Institute of Chicago, the John D. & Catherine T. MacArthur Foundation, Fidelity Foundations, Easterseals National and many others.

Ms. Teising has deep expertise in with clients active in conservation and the environment.  Representative clients she has served include the Sacramento Zoological Society, Audubon Nature Institute/Audubon Zoo and Park, Earthjustice, Sierra Club, National Parks Conservation Association, The Wilderness Society, National Wildlife Federation, among many others.