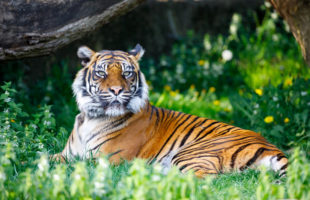 “Working closely with the premier executive search firm Heidrick & Struggles on an international search, we looked for a leader who could further advance the mission that Doug and his leadership team have developed,” said Steve Tappan, chairman of the board of trustees. “Paul’s career in managing complex, multi-faceted creative projects and his experience in developing innovative collaborations in support of conservation will be extremely important as San Diego Zoo Global seeks to play a leadership role on a global level.”

Mr. Baribault has been with Walt Disney Studios since 1997. As vice president of animation marketing operations and strategy, he has co-led theatrical film campaigns for Disney Animation Studios, Pixar Animation Studios and the Muppets. Additionally, as vice president and general manager of Disneynature, he has overseen all aspects of the film label, including marketing, feature film production and brand development. Mr. Baribault has been instrumental in the creative development and leadership of all 14 Disneynature films to date.

“Paul’s leadership role in the growth of Disneynature and his passion for conservation will add an exciting dimension to the execution of San Diego Zoo Global’s mission,” Mr. Tappan said. “Paul’s experience in working with global organizations, developing conservation partnerships and highlighting Disney’s commitment to conservation, along with his ability to generate broad audience support and engagement with wildlife, will build upon and expand the toolkit of our conservation strategies.”

“San Diego Zoo Global has an esteemed reputation as a leader in species conservation, education and exhibition of flora and fauna,” said Mr. Baribault. “I am honored and privileged to join the dedicated and talented team of scientists, educators, animal care professionals and operations staff to help implement the exciting strategic plan. Our planet and the diversity of its species are at a critical juncture, and San Diego Zoo Global, in collaboration with other leading institutions, can play a vital role in preserving the richness of our natural world.’

“David was the absolutely right candidate for the job because of his vast experience in advancement at both a large R1 university and at a world-class zoological enterprise,” said Ms. Herman. “He has been an innovator and disruptor for most of his career and continues to lead the way as a thought leader around eradicating wildlife extinction. David is the exact right person to continue to advance the mission of the San Diego Zoo Global’s Foundation while building an international donor base that will ultimately raise over $100 million annually.”