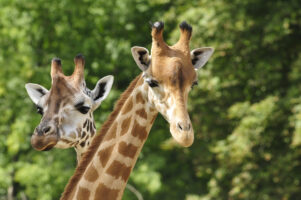 May 10, 2021 – Los Angeles-based Shelli Herman and Associates has been called in by the Saint Louis Zoo to find its next president and CEO. Shelli Herman, president of the recruitment firm, is leading the assignment along with her associate, Krista Haley. The Saint Louis Zoo seeks the next president & CEO to lead the zoo at a time of financial and operational strength, as well as great potential, said Ms. Herman. The CEO will provide the vision and strategy to guide an organization already established as a frontrunner in conservation and visitor experience that draws nearly 3 million attendees annually and is the most-visited attraction in the region. As the world’s first municipally supported zoo, Saint Louis Zoo is also one of the few remaining that offers free admission to the public.

As the public face of the organization, the CEO must possess and project the utmost integrity and highest standards of conduct and must be an individual qualified by accomplishment and experience to exercise the leadership of a capable, collegial and motivated group of professionals, said the search firm.

The Saint Louis Zoo wants an individual willing to make a meaningful commitment to the zoo and to the local community as an engaged and immersed citizen. This conservation champion will be committed to using their platform and community position to advocate for all aspects of protecting wildlife and the environment, said Shelli Herman and Associates. The next CEO will be an energetic, solutions focused, and entrepreneurial leader with a minimum of 10 years of progressively responsible management proficiency. While executive-level experience gained in a large zoological park or wildlife setting working with a significant and diverse animal collection would be an asset, it is not required. The successful candidate will be knowledgeable about scientific and conservation issues with a marked appreciation of the importance of zoos and community engagement.

An enjoyment of and demonstrated skill in fundraising, business development and external affairs is vital. The zoo’s next leader must be a talented public communicator capable of instilling passion for a cause and relating to a wide range of equally important audiences. Actions and decision-making will demonstrate emotional intelligence, transparency, compassion and authenticity.

In addition, the winning candidate “will be an advocate for diversity, equity, accessibility, and inclusion with a history of impactful action that creates an inclusive environment and promotes diversity in visitors, staff, and volunteers, reflecting the demographics of the region and the global workforce,” the search firm said. “In addition to spearheading organizational initiatives, this executive will encourage community discussion and engagement around diversity and equity issues and will be a thoughtful spokesperson and sophisticated voice on issues of access, representation and social justice, broadly.”

Saint Louis Zoo traces its origin to the 1904 World’s Fair, hosted in St. Louis. Guided by the mission nearly unchanged since its founding, the organization has received global recognition for its innovative approaches to animal care and management, wildlife conservation, research, and education. For 2021, expenses are projected to be $72.7 million, and the zoo anticipates revenue of $76.9 million.