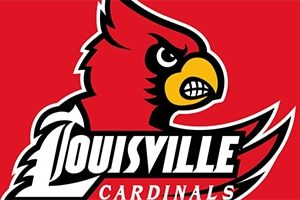 March 12, 2018 – Korn Ferry was recently selected by the University of Louisville to find its next athletic director. The previous AD, Tom Jurich, was fired in the wake of an FBI investigation into recruits being secretly paid to commit to playing for the school’s basketball team. The search firm is looking to fill the role by the end of the month.

Mr. Jurich was placed on unpaid administrative leave in September after the basketball program was implicated in the NCAA pay-for-play scandal. His contract was formally terminated a month later. The Justice Department pay-for-play probe also led to the firing of coach Rick Pitino. Louisville is further reeling from another scandal in which strippers and prostitutes were hired to help win recruits to the school.

Multiple sources have reported that interim athletic director Vince Tyra could potentially land the job on a full-time basis.

After a board of trustees meeting last month, Mr. Postel said that the search’s short deadline was within reason. “It’s an aggressive search,” he told the Louisville Courier Journal. “If you talk to the search firms who do this, first of all they say they’ve done that before. It’s possible and they have candidates, right, that they already have lined up all the time….If there’s a search firm that has candidates and the committee is willing to meet that frequently there’s no reason searches can’t be completed quickly.”

The University of Louisville fields 13 women’s teams and 10 men’s teams. The school has competed in the Atlantic Coast Conference since 2014. While playing in the Big East Conference from 2005 through 2013, the Cardinals captured 17 regular-season Big East titles and 33 Big East Tournament titles totaling 50 Big East Championships across all sports.

Korn Ferry’s sports practice is led by Jed Hughes, who is renowned for identifying, assessing and developing leaders for sports organizations. His relationships within sports and intercollegiate athletics are extensive, having spent 20 years coaching in professional and intercollegiate football and working for five Hall of Fame coaches. Jason Belzer of Forbes has called Mr. Hughes the most valuable connector of the sports industry.

Witt/Kieffer Finds New AD for Yale University
Witt/Kieffer placed Victoria M. Chun as the new director of athletics of Yale University. Recognized by Street & Smith’s Sports Business Journal as a “Game Changer,” Ms. Chun has earned a stellar reputation as one of the most innovative and well-respected leaders in NCAA Division I athletics.

Just recently, Korn Ferry placed Carla Williams as the director of athletics at the University of Virginia. She becomes the first female African-American athletic director at a Power Five conference school and is the fifth active female AD at that level.

Mr. Hughes is the subject of a soon-to-be-released special edition of Hunt Scanlon Media’s ESR, which will focus on the sports & entertainment sector and provide a listing of the top 40 recruiting specialists serving its talent needs.

Bill Lennox, president at St. Leo University in Florida, said schools must make sure that the AD is a senior member of the entire university staff. “We moved the AD to the equivalent level of a vice president, so he sat in all of the meetings and in the decision making process with the rest of the VPs of the university,” he said.