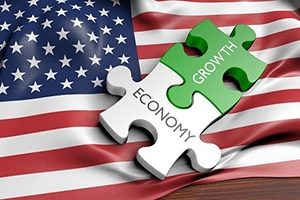 “Finding a talented leader can be a challenging task when searching for someone to lead a business organization of One Acadiana’s caliber,” said Frank Neuner, chairman of One Acadiana and managing partner of NeunerPate. “Everyone on the search committee has been impressed with Troy’s experience and professionalism, and we look forward to working with him to build upon the great strides our region has made in the past three years.”

Mr. Wayman was the unanimous choice of One Acadiana’s 13-member search committee, chaired by Don Broussard, CFO of  the Lemoine Company, along with Kathy Bobbs, president and CEO of Women’s and Children’s Hospital.

Mr. Wayman has held a variety of roles in Alabama over the past 20 years. Most recently, he served as vice president of economic development for the Mobile Area Chamber of Commerce, a 2,000-member organization and economic development group. Under his leadership, the region saw the creation of over 8,000 jobs and nearly $3 billion in capital investment.

One Acadiana is the leading economic development organization for Acadiana, a nine-parish region in South Louisiana. Its mission is to make the area one of the most sought-after locations in the South for business and professional talent. The organization serves a region of roughly 700,000 people.

With over 20 years of experience, Jorgenson Consulting’s clients include Pasco Economic Development Council, Saratoga County Prosperity Partnership and the Corpus Christi Chamber of Commerce, among others.

The Chason Group recently placed Leonard Sledge as the new executive director of the Henry County Development Authority. He replaces Charlie Moseley who resigned in May. Tim Chason, the search firm’s president, led the assignment. During the search process, a total of 77 candidates indicated interest in the position.