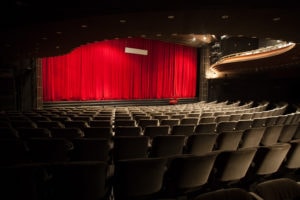 April 9, 2019 – U.K.-based executive recruiter Saxton Bampfylde has placed Sarah Frankcom as the new director of the London Academy of Music & Dramatic Art (LAMDA). She will officially take up the role in November.

“This is going to be a very exciting next chapter for LAMDA and hugely exciting for the incredibly talented students who will now have the chance to train under Sarah’s leadership,” said Benedict Cumberbatch, LAMDA president. “I am thrilled at the prospect of working with Sarah, who I know has a passion for finding the best talent from whatever background and increasing diversity on stage and screen. Sarah has an incredibly strong reputation and I am sure her leadership at LAMDA will be a performance to truly grip the industry.”

Ms. Frankcom is widely regarded as one of the most influential British theater directors of the last decade. She spent the past five years as artistic director of the Royal Exchange Theater in Manchester. She was responsible for bringing a series of critically acclaimed shows to the Royal Exchange, most recently “Death of a Salesman” with Don Warrington, “Happy Days” with Maxine Peake and “Our Town,” for which she was awarded best director at the 2018 U.K. Theater Awards.

In the newly created role of director, Ms. Frankcom will shape and lead LAMDA’s creative vision and oversee the training of the next generation of dramatic artists, directors and technicians. She will work directly with students to ensure they benefit first hand from her wealth of industry experience, said LAMDA.

“Sarah is a tremendous appointment as LAMDA’s new director,” said Nicholas Hytner, former artistic director of the National Theater. “She is one of the U.K.’s outstanding directors from one of our leading theater. Sarah galvanized Manchester’s Royal Exchange Theater, transforming the careers of countless young actors in a succession of greatly admired productions.”

“I am thrilled to be appointed as LAMDA’s new director,” Ms. Frankcom said. “LAMDA is a drama school that consistently delivers world-class arts training and examinations, and whose alumni I’ve always found to be the most open, collaborative, and generous during my work as a director. I’m looking forward to building on LAMDA’s success and grasping the opportunity to re-imagine what a relevant 21st Century theater training without barriers could be for all emerging talent.”

The London Academy of Music and Dramatic Art is a drama school located in Hammersmith, London. Established in 1861, it is the oldest drama school in the U.K. and offers vocational training to actors, stage managers, technicians, directors and designers. In recent years, over 98 percent of LAMDA’s stage management and technical theater graduates have found work in their chosen field within weeks of graduation and the academy’s graduates work regularly at the Royal National Theater, the Royal Shakespeare Company, Shakespeare’s Globe, London’s West End and Hollywood, as well as on the BBC, HBO and Broadway

Stephen Bampfylde is co-founder and chairman of Saxton Bampfylde. For 27 years he has been involved in the recruitment of executives to senior positions across all sectors.