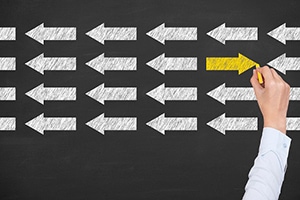 The pension fund’s previous executive director, John Watson, recently stepped down and Ms. Stegmann had been leading the $8.1 billion pension fund on an interim basis. Executive search firm EFL Associates was hired for the search that brought in Mr. Watson.

“The national search yielded an impressive list of candidates and, ultimately, the board unanimously agreed Ronda’s leadership, passion, and ability to engage all stakeholders are the best fit for MOSERS and what’s best for our members,” said Crystal Wessing, board chairwoman. “We are proud to have Ronda at the helm.”

Gary Metzger, a member of the MOSERS board of trustees and chair of the executive director search committee, said the MOSERS board has chosen an executive director who brings stability and will move MOSERS forward. “The unanimous support from the board shows that Ronda, with her strong management skills and passion for MOSERS’ mission, is the right person to lead MOSERS into the future,” he said.

Prior to taking on her interim leadership position, Ms. Stegmann worked as the legislative and policy coordinator for MOSERS since 2015. Before that, she worked for the Joint Committee on Public Employee Retirement for 16 years, including the last six as executive director.

“I am honored to represent MOSERS as the executive director,” said Ms. Stegmann. “I look forward to continuing the important work of the organization for the betterment of all MOSERS stakeholders.”

MOSERS, which is governed by Missouri law, provides retirement, long-term disability and life insurance benefits to its members. Its defined benefit plans serve nearly 114,000 members, including about 49,000 who are active, more than 47,000 retirees/survivors and 16,700 terminated-vested members. MOSERS is run by an 11-member board. The executive director is appointed by and reports to the board.

Mr. Kennedy, who works out of the firm’s Atlanta office, brings broad private equity and corporate finance experience to his executive recruiting. He has conducted senior-level searches in a wide array of investment banking and capital markets areas, including mergers and acquisitions, corporate finance, loan syndications, structured finance and asset management. He leads Korn Ferry’s efforts in the pension sector and has conducted searches for pension funds, endowments and foundations. Mr. Kennedy was appointed by President Obama to serve as chairman of the Federal Retirement Thrift Investment Board, the largest pension fund in the country, and has been confirmed by the U.S. Senate.

In the U.S., public sector pensions are offered by federal, state and local levels of government. They are available to most, but not all, public-sector employees. The field has been about as robust for executive recruiters as any other related sector within financial services.

Here is some recent search activity as reported by Hunt Scanlon Media.