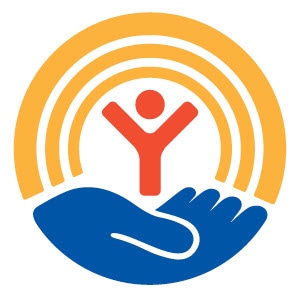 January 31, 2018 – Providence, RI-headquartered KLR Executive Search Group has been retained by the United Way of Rhode Island to lead its hunt for a new president and CEO. Long-time leader Anthony Maione announced he is retiring at the end of the year.

Partner Edward Blum is leading the assignment. The search committee is led by Dolph L. Johnson Jr., a member of the non-profit’s board and executive vice president and chief human resources officer (CHRO) at Hasbro.

Mr. Maione has led the organization since 2005. His retirement caps a 35-year career as a non-profit CEO. During his leadership, United Way of Rhode Island raised more than $170 million dollars and faced some of the most turbulent times in non-profit history, including the 2008 recession.

“With Tony’s leadership, United Way has taken on a major role in solving important community issues,” said board president Sandra J. Pattie, president and CEO of BankNewport. “United Way has initiated programs and policies to reduce homelessness, increase affordable housing, improve workforce training and develop high quality pre-kindergarten, afterschool and summer learning programs. The board is grateful to Tony for his work on behalf of the community, and for his exceptional stewardship of the organization, which he leaves in a strong financial position.”

United Way works with almost 1,200 local United Way offices throughout the country in a coalition of charitable organizations to pool efforts in fundraising and support.

KLR Executive Search Group is the recruiting arm of KLR, an accounting and business advisory firm. Its areas of expertise are in technology, accounting & finance, not-for-profit, banking, private equity and venture capital, human resources and healthcare.

Mr. Blum has over 30 years of placing C-suite executives in finance, accounting, banking, human resources and technology positions. He has conducted many searches for CFOs, COOs, human resource leaders, CIOs, executive directors and other top-level executives.

The non-profit sector has gained economic strength in recent years, making it the third largest employer in the country. Nearly two million not-for-profits employ 10.7 million people and produce $1.9 trillion in revenue. In the past decade, employment in the sector has grown by 17 percent. With demand for non-profit talent at an all-time high, search firms have no shortage of work looking for candidates.

Chicago-based executive search firm Kittleman & Associates has been retained by the Frey Foundation in Grand Rapids, MI to lead its search for a new CEO. Vice president Megan Monaco is spearheading the assignment. The next president of the Frey Foundation will join an organization that is committed to maximizing its impact in west and northern Michigan.