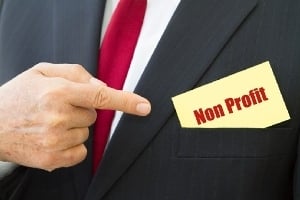 At Global Health Corps (GHC), which has its headquarters in New York, Daniela Terminel succeeds co-founder Barbara Bush, the daughter of President George W. Bush, in the CEO role.

Ms. Terminel has more than 15 years experience working with leaders from around the world to transform entrepreneurial ecosystems and create long-term economic development in both the for-profit and non-profit spaces.

Before joining GHC, Ms. Terminel served on the executive team at Endeavor, where she led the organization through a period of expansion across five continents and multiple industries. She was responsible for launching offices in Europe and Africa and managing operations in more than 10 markets. She also held executive roles in the private sector, serving as managing director at Biblomodel-Allsteel, a multi-national furniture enterprise.

Ms. Terminel was born and raised in Mexico City, where she learned the importance of being an active part of society in order to catalyze change, said Bridge Partners. Her career has been devoted to fostering strong leadership in social innovation, which is critical to sustainable development and transformation.

In building the next generation of health leaders, GHC plays a vital part in the health equity movement. Since its founding in 2009, the organization has placed and developed creative young professionals from diverse backgrounds into high-impact health positions in Malawi, Rwanda, Uganda, the United States and Zambia. GHC has had a hand in the development of nearly 1,000 emerging leaders around the world.

At the Global Fund for Children, based in Washington, D.C., John Hecklinger was named CEO.

Mr. Hecklinger was previously with GlobalGiving for nine years. Most recently he served as chief network officer for the foundation, establishing partnerships to drive the growth of its global network. Earlier, he served as the organization’s chief program officer and, before that, business development director.

Mr. Hecklinger earned his bachelor’s and master’s degrees in English from the University of Virginia and the University of Florida respectively, then served as a volunteer with the Peace Corps in Bangui, Central African Republic.

Resource Area for Teaching (RAFT), which promotes hands-on education for children, named Sarah Slavin as its new CEO. Ms. Slavin will be responsible for leading the San Jose, CA-based non-profit to its next level of impact by developing a strategic plan and refining the vision for RAFT.

Prior to joining RAFT, Ms. Slavin was executive director of external relations for the west region of New Leaders, leading external relations and strategy for a complex portfolio of partners across the Bay Area, the state of California and the western region. She was previously director of the Chicago New Teacher Center. Ms. Slavin holds a bachelor’s degree from Northwestern University.

The Headstrong Project, a mental health treatment organization for veterans, named Joe Quinn as executive director. Mr. Quinn is charged with leading the New York-based group in its continued expansion to other cities. His responsibilities also include seeing that Headstrong treats even more veterans, growing the donor base and building more high-profile partnerships.

Mr. Quinn was previously director of leadership development for Team RWB, which works to enrich the lives of veterans by connecting them to their community through physical and social activity. In that role, he managed the organization’s growth to a major national organization and personally developed nearly 2,000 community leaders.

Before that, he was an instructor in the social sciences at West Point and an associate at the Combating Terrorism Center.

Mr. Quinn served six years in the Army, where he served two deployments to Iraq. He received a master’s degree in public policy from Harvard’s John F. Kennedy School of Government.

Founded in 2012, in partnership with Weill Cornell Medical College, Headstrong is one of the nation’s leading mental health care centers. With the help and direction of top clinicians in the country, Headstrong developed a comprehensive treatment program for post 9/11 veterans dealing with PTSD, military sexual trauma, addiction, anxiety and depression, trauma, grief and loss, and anger management.

Bridge Partners is an executive search firm focusing on senior-level diversity recruiting. Its clients include major corporations, non-profits, public sector, and entrepreneurial organizations across the U.S. and globally. The firm’s search capabilities span a broad base of industries and functions, for organizations ranging from multinational corporations to the public sector and academia.