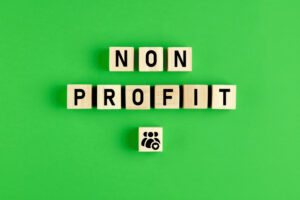 “Dr. Cowden was selected from a diverse and talented group of non-profit and higher education leaders, representing the full diversity of the LGBTQ+ community and its allies,” said the recruitment firm.

“This is a transformational hire for Point Foundation,” said Kevin Chase, managing partner and founder of the search firm. “The CPO is a newly created position, reflecting the current and future strategic needs of the organization following the addition of three new scholarship programs in addition its flagship Point Scholars program. Margaux brings the unique and critical perspective of a queer higher education and scholarships executive who deeply and personally understands the day-to-day experiences and unique challenges of LGBTQIA-identified students and scholars on campuses. We couldn’t be any happier about this outcome.”

Dr. Cowden joins the Los Angeles-based non-profit after more than a decade working in higher education and advocating for LGBTQ+ students. She served most recently as director of the Emory Scholars Program, leading recruitment and selection, scholar advisement and programming, and alumni engagement for Emory University’s most prestigious undergraduate merit scholarships. Prior to Emory, she directed Ohio University’s Cutler Scholars Program and its university-wide OHIO Honors Program, which she helped to design and launch. At both Emory and Ohio University, Dr. Cowden worked to strengthen the intersection of merit and access in scholarship frameworks,  increase socioeconomic and racial equity in university honors and scholars programs, and critically evaluate the definitions and measures of academic merit used in scholarship selection.

Dr. Cowden’s work with scholars is deeply informed by her background as a teacher and scholar of gender and sexuality studies. She holds a doctorate in comparative literature from the University of California, Irvine and began her career as a full-time faculty member in the women’s, gender and sexuality studies programs at Williams College and Temple University. She also has a personal history as a student activist in campus spaces ranging from queer direct-action groups like Swarm of Dykes to the feminist affairs commission of university student senate. “Thanks to these early lessons in interpreting institutional sites of power, as well as her experience as a teacher, Dr. Cowden has a passion for helping scholars leverage the platform and resources that come with their scholarship by strategizing institutional change and thinking critically about leadership,” said Kevin Chase Executive Search Group.

“I have spent my career thinking with and advocating for LGBTQ+ students, both in the classroom and with university leaders. I started writing letters of recommendation for prospective Point Scholars more than a decade ago, and I have long admired Point’s commitment to expanding opportunities for LGBTQ+ students,” said Dr. Cowden. “It’s such a privilege to join Point and further their work to support LGBTQ+ students across the spectrum of higher education, from community colleges to four-year universities, large state schools to elite private institutions, undergraduate and  graduate programs.”

Founded in 2001, Point Foundation is a 501 (c)(3) organization. The organization empowers promising LGBTQ students to achieve their full academic and leadership potential – despite the obstacles often put before them – to make a significant impact on society. Point promotes change through education, mentorship, leadership development and community service training, and provides its scholars with the financial ability to attend the nation’s foremost higher educational institutions.

In a career of more than two decades, Mr. Chase has led dozens of executive search and leadership transition engagements for non-profit organizations as well as companies in the finance, technology and professional services sectors. Most of his engagements are for executive director/ CEO, senior development and board positions, though he has also conducted searches for C-level leaders of finance, operations and programs. He has expertise in working with small to mid-sized, mission-driven non-profits, providing consultation and advisory services to the boards and leadership volunteers responsible for governance and organizational development.