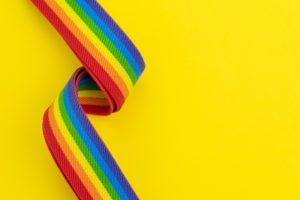 “He grew up spending some nights as a child sleeping on the floor of a tiny New York apartment but that did not deter him from dreaming of a brighter future for him and his family,” she said. “But after years of hard work, perseverance, dedication and exceptional leadership in many different executive positions, he is extremely well-positioned to lead Equality Texas into the future.”

Mr. Martinez was called early in his professional life to a career as an advocate for equity and inclusion. He has 15 years of non-profit fundraising, organizing, advocacy and organizational leadership experience. He will join Equality Texas from Stand for Children where he has been leading a national organizing and constituent engagement effort for the last five years. Prior to his tenure at Stand for Children, he spent several years with GLSEN, initially as senior manager of field services on the national team in New York and later as the president of the Phoenix Chapter. Under Mr. Martinez’s leadership, GLSEN Phoenix was an instrumental coalition partner in overturning Arizona’s “no promo homo” law, which prohibited K-12 schools from including LGBTQ representation, content and history in their curriculum.

“Ricardo Martinez has been a proven and effective leader with local and national LGBTQ organizations,” said Holt Lackey, chair of the board of Equality Texas. “He understands that leadership begins with listening, and that real change comes from inclusion and standing united to defend the rights of every Texan. Equality Texas is thrilled to work with him to realize his exceptional vision for our organization and for a state in which all enjoy true equality both in our laws and in our lived experiences.”

In a career of more than two decades, Mr. Chase has led dozens of executive search and leadership transition engagements for non-profit organizations as well as companies in the finance, technology and professional services sectors. Most of his engagements are for executive director/ CEO, senior development and board positions, though he has also conducted searches for C-level leaders of finance, operations and programs. He has particular expertise in working with small to mid-sized, mission-driven non-profits, providing consultation and advisory services to the boards and leadership volunteers responsible for governance and organizational development.

Bringing more than five years of retained executive search experience, Ms. DiFelice’s primary focus is non-profit and higher education assignments. She has also worked in the technology, healthcare and consumer markets. Although she has helped recruit C-suite and other senior executives in many markets and sectors, she said she feels most connected to her work on behalf of mission-driven, not-for-profit organizations. Her broad non-profit search experience cuts across the healthcare, civil rights and social justice, education and arts and culture sectors.