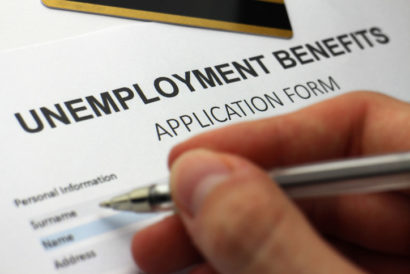 April 30, 2020 – Americans displaced by the coronavirus crisis again filed for unemployment benefits in historic numbers within the last seven days, with the Labor Department reporting this morning another surge of 3.839 million claims. More than 30 million people have now filed for unemployment benefits over the past six weeks, representing roughly 18.6 percent of the U.S. labor force. These figures are now at the highest levels not seen since The Great Depression, some 90 years ago. But the difference between now and then, say economists, is vastly different. Over the span of the last nine decades support structures and financial engineering techniques have been created to help the nation weather the worst of storms.

Still, the job losses may be far worse than government figures indicate. And that might dictate how this downturn, unique and breathtaking in its severity, is tackled. A study by the Economic Policy Institute found that roughly 50 percent more people than counted as filing claims in a recent four-week period may have qualified for benefits but were stymied in applying or didn’t even try because they found the process too formidable. 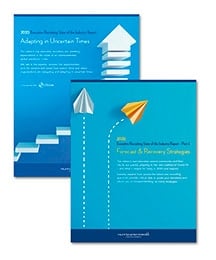 Federal Reserve chairman Jerome Powell said Wednesday that the unemployment rate is likely to rise above 10 percent from the March level of 4.4 percent which counted a period before the intense social distancing policies went into effect. Economists estimate the national unemployment rate sits between 15 and 20 percent, compared to about 25 percent at the peak of the Great Depression.

“The problem is even bigger than the data suggest,” Elise Gould, a senior economist with the institute, a left-leaning research group. “We’re undercounting the economic pain.”

Most of the job decline came in restaurants and drinking establishments though healthcare and social assistance also took a hit. Economists are expecting the U.S. economy to fall into a recession this quarter, before staging a comeback later in the year after the spread of the virus slows.

Executive Recruiters Roll Up Their Sleeves as COVID-19 Crisis Unfolds
The COVID-19 pandemic has had an impact on every business sector, executive recruiting included. Kenneth Vancini of Innova International brings us the latest thinking after convening recent conference calls with 23 leaders from search firms across the country. Also, we have the initial results from the latest Hunt Scanlon Media ‘Pulse Survey’ of leading U.S. recruiters. It’s a full docket!

How that comeback happens, and whether it occurs as a V-shaped recovery or a longer, drawn out U-shaped recovery remains to be seen. Experts seem to now believe a longer recovery will take place, and that job gains will not come fast or be as easy as simply rehiring displaced staff. Adding to their concerns is the problematic Paycheck Protection Program, which has been rebooted with additional funding. Massive problems with that lifeline for small businesses has led many of them to turn to mass layoffs as a strategy to stay afloat. Until PPP is fixed and begins to favor the very businesses it was created to help, few economists expect layoffs from small businesses to subside.

“The COVID-19 crisis has made us accustomed and de-sensitized to previously unthinkable phenomena, but today marks a tough reality for our country and for American workers,” Andrew Stettner, senior fellow at The Century Foundation, said in a statement. “The real question now is how many of these millions of workers flooding into state unemployment systems make it out to the other side with a payment.” Food lines snaking across the country seem to suggest they are not coming out the other side well at all.

The latest round of claims is a prelude to next week’s monthly jobs report which will “likely show a historic drop of nearly 20 million jobs and an unemployment rate in the high teens,” according to Contingent Macro Research.

“We expect initial jobless claims to continue to decline on a weekly basis. Many workers affected by closures of nonessential businesses have likely already filed for benefits at this point,” Nomura economist Lewis Alexander wrote in a note. “In addition, the strong demand for Paycheck Protection Program (PPP) loans, part of the CARES Act passed on 27 March, suggests some room for labor market stabilization.”

However, Barclays warned that some recent data indicated that the decline in weekly claims could actually be slower than previously estimated.

“NYC 311 calls in the week ending April 24 were running about 30 percent higher than a week earlier and support our change in forecast,” Barclays economist Blerina Uruci wrote in a note Wednesday. “In particular, we find it concerning that after declining steadily in recent weeks, the number of calls related to unemployment rose again during the week ending April 24.”

COVID-19 cases recently topped 3.2 million worldwide, according to Johns Hopkins University data. There are now more than one million cases in the U.S. and over 60,000 deaths. That number is likely to exceed 90,000 by August.