Menu
View our Events
Stay Connected:
Nearly 10 million Americans have filed for unemployment benefits over just the last 14 days. The speed and scale of the job losses are historic and unprecedented. 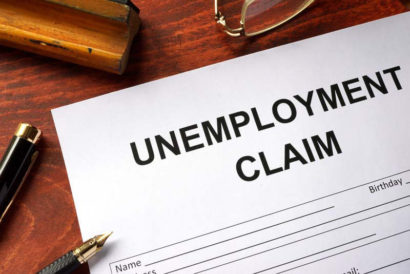 April 2, 2020 – Americans displaced by the coronavirus crisis again filed unemployment claims in historic numbers, with the Labor Department reporting Thursday a surge to 6.6 million. Nearly 10 million people have filed for unemployment benefits in two weeks. Economists now expect the U.S. economy to fall into a recession in the second quarter, before staging a comeback later in the year after the spread of the virus slows.

Nearly every state providing comments cited the COVID-19 virus impacts. “States continued to identify increases related to the services industries broadly, again led by accommodation and food services. However, state comments indicated a wider impact across industries,” according to the Labor Dept. report, which also cited health care and social assistance, manufacturing, retail and wholesale trade and construction as among the industries most heavily affected.

“Taken together, more than one in 20 American workers have been forced on the virtual unemployment line in the last two weeks alone – and even that is an underestimate, as it accounts for only those people who have filed for benefits and had their claims processed,” Andrew Stettner, senior fellow at the Century Foundation, said in a statement on Thursday.

Meanwhile, separate data published Thursday by outplacement company Challenger, Gray & Christmas show formal job cuts spiked 292% in March from the month prior. Employers last month cut more jobs than they had in any single month since the Great Recession, and analysts widely predict more announcements are on the way.

“It’s clear that increasing numbers of employers cannot or will not keep employees on their payrolls, as stay-at-home orders shutter storefronts and squelch economic demand,” Mr. Stettner said. “Now, over the next several months, unemployment checks will play a more critical role than ever could have been imagined in the lives of families and the economy.”

Depths of a Recession

“Millions of Americans are filing for benefits, and that means the economy is not just staring down at the abyss, it has fallen off the cliff and down into the depths of recession,” Chris Rupkey, chief financial economist at MUFG Union Bank, said in an email Thursday. “How far it goes is anyone’s guess, but certainly close to 10 million people are out of work, and this means the official unemployment rate will match the 10 percent threshold of pain reached in the 1981-82 and 2007-09 recessions.”

Crisis Management: Leading in Times of Great Uncertainty
The COVID-19 outbreak is making its way through the business world and costing organizations billions of dollars in lost revenue. Goldman Sachs estimates that economic growth around the world will be zero in 2020 thanks to the virus. Even that seems grossly underestimated. But the coronavirus is causing far more than just financial damage. Leaders are scrambling to secure supplies, keep fearful employees motivated to work, and, in some cases, maintain bold strategic plans that have been years in the making from falling apart.

“In previous deep recessions, most notably in 2008 and 1980, initial claims during the worst four weeks of the recession would total two [million],” Nomura economist Lewis Alexander wrote in a note to clients. “That is consistent with the shock from COVID-19 compressing a significant deterioration in the labor market into a much shorter period relative to previous contractions.”

“The deterioration of the labor market in the past two weeks almost defies belief,” Nick Bunker, Indeed Hiring Lab’s director of economic research, wrote in an email Thursday. “Since March 14, approximately 3.8 percent of the working age population has filed for unemployment. For context, during the Great Recession, the share of the population dropped 4.6 percentage points from December 2007 to December 2009. That took two years. The labor market is in a historic freefall.”

Early data from individual states pointed to more pain ahead for the labor market.

According to CNN, state labor departments across the country are have struggled to deal with the sudden influx in claims for unemployment benefits. The New York Labor Department, for example, has added server capacity and hired more than 65 additional staff to handle all the claims that are suddenly pouring in. And last week, Florida’s Department of Economic Opportunity said it planned to hire 100 extra staff to help answer calls and walk people through the application process. What this likely means is that there will be significant upward revisions in jobless claims as the crisis in unemployment unfolds in the second quarter.