Menu
View our Events
Stay Connected:
The global pandemic crisis is wreaking severe damage on the U.S. economy, as a historic record 3.28 million Americans file for unemployment assistance. In several states, the swift spike in unemployment claims is shutting down antiquated computer systems. Let’s take a look inside the numbers and see what analysts are saying. 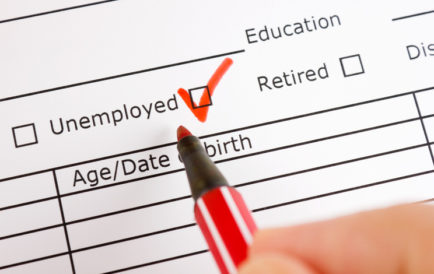 March 26, 2020 – Americans displaced by the coronavirus crisis filed unemployment claims in historic numbers, with the Labor Department reporting Thursday a surge to 3.28 million, an increase of 3,001,000 from the previous week’s revised level. Consensus expectations were for 1.64 million claims.

The previous record was 695,000 claims filed the week ended October 2, 1982. Initial jobless claims for the week ended March 14 was revised higher to 282,000 from 281,000 and was the largest single-week increase since the Great Recession. Economists now expect the U.S. economy to fall into a recession in the second quarter, before staging a comeback later in the year after the spread of the virus slows.

“The coronavirus outbreak is a truly unprecedented event in American economic history, flash-freezing the economy by forcing businesses to shut down and putting millions of American workers out of jobs,” Glassdoor’s senior economist Daniel Zhao said in a statement Thursday responding to the news.

“Most historical comparisons of this scale are inadequate. The closest would be natural disasters like major hurricanes,” he added. “However, as today’s report shows, the coronavirus outbreak is economically akin to a major hurricane occurring in every state around the country for weeks on end.”

“Millions of Americans are filing for benefits, and that means the economy is not just staring down at the abyss, it has fallen off the cliff and down into the depths of recession,” Chris Rupkey, chief financial economist at MUFG Union Bank, said in an email Thursday. “How far it goes is anyone’s guess, but certainly close to 10 million people are out of work, and this means the official unemployment rate will match the 10 percent threshold of pain reached in the 1981-82 and 2007-09 recessions.”

“In previous deep recessions, most notably in 2008 and 1980, initial claims during the worst four weeks of the recession would total 2 [million],” Nomura economist Lewis Alexander wrote in a note to clients March 22. “That is consistent with the shock from COVID-19 compressing a significant deterioration in the labor market into a much shorter period relative to previous contractions.”

According to CNN, state labor departments across the country are have struggled to deal with the sudden influx in claims for unemployment benefits. The New York Labor Department, for example, has added server capacity and hired more than 65 additional staff to handle all the claims that are suddenly pouring in. And last week, Florida’s Department of Economic Opportunity said it planned to hire 100 extra staff to help answer calls and walk people through the application process.

In Connecticut, Governor Ned Lamont said that “small business revenues have just disappeared,” but these businesses still have their fixed costs to contend with. Across the state, he said, “unemployment claims are going through the roof.” So much so, that he said “the computer system has reached its threshold a couple of times. Like a lot of things in the state government, it’s an old system that was scheduled for an upgrade in a year. We need it right now.”

Crisis Management: Leading in Times of Great Uncertainty
The COVID-19 outbreak is making its way through the business world and costing organizations billions of dollars in lost revenue. Goldman Sachs estimates that economic growth around the world will be zero in 2020 thanks to the virus. Even that seems grossly underestimated. But the coronavirus is causing far more than just financial damage. Leaders are scrambling to secure supplies, keep fearful employees motivated to work, and, in some cases, maintain bold strategic plans that have been years in the making from falling apart.

Indeed, economists are warning that as many as 21 states and U.S. territories could see their unemployment reserve funds go into the red if the anticipated recession hits.

Federal Reserve chairman Jerome Powell, during a rare televised interview on Thursday morning, said the U.S. economy may already be in a recession, but said the downturn is unlike any other the U.S. has seen before.

The head of the central bank said that the virus will dictate the recovery timetable, but warned that economic activity will decline, “probably substantially,” in the second quarter of the year.

“We may well be in a recession,” Mr. Powell said. “There’s nothing fundamentally wrong with our economy, quite the contrary. In principle, if we get the virus under control, economic activity can resume, and we want to make that rebound as vigorous as possible.” He said the Fed maintains the right tools and that “we’re not going to run out of ammunition.”