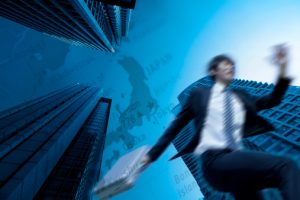 Employers added 160,000 jobs in April as the U.S. unemployment rate remained at five percent, according to the most recent U.S. Bureau of Labor Statistics report. This marks the smallest gain in seven months, a sign that a slower economy may have slumped job creation. Currently, there are 7.9 million people unemployed in the U.S. This report follows the addition of 215,000 jobs in March.

Economists were anticipating 205,000 jobs would be added in April and for the unemployment rate to decline to 4.9 percent.

The job gain was down from the average increase of 200,000 over the last three months, which is the softest three-month pace since October.

One bright spot: The number of Americans collecting unemployment benefits fell in late April to a nearly 16 year low, largely reflecting the low rate of layoffs taking place across the economy.

During the month, job growth occurred in professional and business services, healthcare and financial activities while job losses continued in mining.

According to another report by Challenger, Gray & Christmas released this week, U.S. companies laid off 61,582 people in April, a seven-year high. April’s layoffs included jobs lost in the oil industry and more than 10,000 jobs cut by Intel.

“The 35 percent surge in layoffs from March to April is not necessarily a sign of a weakening economy,” said John Challenger, chief executive officer of Challenger Gray & Christmas. “It is not unusual to see heavy job cuts in a strong economy. Companies are constantly retooling, and sometimes the best time to do that is when the economy is strong.”

These reports follow declining expectations from employers throughout the U.S.

According to the latest Manpower Employment Outlook Survey, stable but moderating hiring plans among U.S. employers is expected for the second quarter of 2016.

The report says only 22 percent of companies anticipate increasing staff levels during the quarter. This represents a two percent increase from the first quarter and unchanged from the same period a year ago. Four percent of employers expect workforce reductions, but an overwhelming majority of respondents, 72 percent, expect no change in hiring plans. (The final two percent of employers are undecided about their hiring intentions).

Despite the lackluster jobs reports, U.S. employers remain confident in their hiring plans, with 36 percent of employers planning to add full-time, permanent employees in 2016, according to CareerBuilder‘s annual job forecast.

With companies still expecting to hire, employees have their eyes set on new positions.

Twenty-one percent of workers plan to look for new jobs in 2016, according to a new study released by Penna. Forty-eight percent of people claimed the main reason for the change was that they were searching for better pay and benefits. Another 44 percent said it was down to the promise of greater development opportunities, while 32 percent said they were simply looking for a change in career direction. Penna’s survey found that employees aged 18 to 24 were the most likely to be planning a move this year, while 25 percent of those aged 25 to 34 are considering leaving their posts.