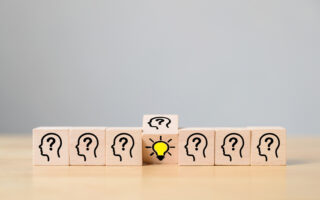 November 19, 2021 – Isaacson, Miller has been chosen to find the next president and chief executive officer for the Allen Institute, the non-profit research organization founded by the late Paul G. Allen, who co-founded Microsoft Corp. Leading the assignment are partners Cati Mitchell-Crossley and David Bellshaw, and senior associate Hayden Lizotte.

The Allen Institute seeks a distinguished scientist, proven organizational leader and experienced administrator to serve as its next president, said the search firm. The new leader will be expected to work closely with the organization’s board of directors, a scientific advisory board, multiple scientific advisory councils, researchers, and the senior leadership team and staff. The individual be responsible for maintaining, promoting, and advancing the Allen Institute’s continued position as an international leader in the creation of transformational science and the pursuit of fundamental scientific advances through a largescale team-oriented approach and open science philosophy.

“The next president will have an opportunity to leave an enduring legacy by carefully managing the Allen Institute’s trajectory of growth and providing visionary and inspirational leadership,” said Isaacson, Miller. “In a period where basic and translational scientific research are facing considerable threats, particularly in the form of unstable funding patterns and/or increasing competition for awards from the NIH and other funding entities, the Allen Institute continues to thrive. As a result, the role for the president is to ensure that the organizational structures and supports are in place to allow the continued excellence of the Allen Institute.”

The successful candidate will be expected to have a passion for the mission and values of the Allen Institute. The individual must have a doctorate or M.D. in a relevant field of science. Scientific vision and a broad, interdisciplinary view of and curiosity regarding the opportunities and challenges in the life sciences is essential. The right candidate will also have a deep and demonstrated commitment to diversity, equity and inclusion.

The Allen Institute seeks a leader who is intellectually ambitious, creative, flexible, and expansive, said Isaacson, Miller. He or she should have significant administrative experience in academia, government, industry, or non-profit organizations. Also critical is a proven ability to recognize, recruit, nurture, retain, and excite talented, cutting-edge scientific talent.

Allen Institute Taps Christopher Group for Top HR Search
As one of the top open science research organizations, the Allen Institute is seeking an executive director to serve as the executive partner and thought leader on people-related strategic initiatives and planning, organizational design, DE&I, and change management. Spearheading the search are Tom Christopher, founder and CEO of The Christopher Group, and director Jim May. Let’s head inside the search.

Depending on its needs, the non-profit has enlisted a range of search firms to fill key leadership roles. Earlier this year, the Allen Institute tapped The Christopher Group to help find an executive director of human resources. Also, the Allen Institute for Artificial Intelligence (AI2) chose Lindauer to spearhead the search for its inaugural chief development officer.

Mr. Bellshaw joined Isaacson, Miller in 1992 in Boston. In 2003, he founded the firm’s offices in California. Mr. Bellshaw has extensive experience recruiting for the most senior-level leadership roles in all of the firm’s practice areas, including chief executive officers, presidents, chancellors, and executive directors; chief academic officers—provosts, deans and chairs; and chief functional officers. He also serves as the leader of the firm’s higher education practice and as a member of Isaacson, Miller’s executive committee.