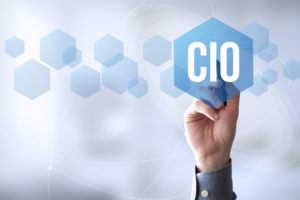 December 18, 2019 – The chief information officer is considered among the most strategic roles in any organization. Executive search consultants who specialize in recruiting for the position say that the best CIOs can dramatically differentiate a company in the market, while a poorly performing one can be an organization’s weakest link. Still, headhunting within the function remains challenging, and skilled C-suite IT professionals are among the toughest to find.

Mr. Corboy has extensive experience leading significant technology initiatives within a manufacturing environment both locally and globally. He joins Altus from Fisher & Paykel Appliances where he is currently acting general manager digital. He commences his role at Altus at end of January.

Altus is a 50/50 joint venture organization formed in late 2016 through the union of Fletcher Aluminium and NALCO. With a rich history of providing market leading innovations and business systems for the construction and industrial sectors, Altus has a strong presence in New Zealand representing some of the most well-known window and door brands in New Zealand.

Rosenzweig & Company placed former Just Energy executive Ash Rajendra as CIO of the Supreme Cannabis Company, where he will focus on ensuring the organization is well prepared to execute on its next phase of growth. Partner Larry Chan led the assignment. Mr. Rajendra is an experienced information technology and business leader who has a deep understanding of vertically integrated products, including operating within a regulated environment.

Scottsdale, AZ-based TillmanPartners recruited Bill Waszak as CIO for NASDAQ-traded American Woodmark in Winchester, VA. “American Woodmark is a well-established industry leader with a strong company culture and a commitment to invest in technology and drive continued innovation in the business,” said Rob Tillman, CEO, who handled the search.

Chicago-headquartered PearlCare Search Group placed Melvin Masula as CIO of Callen-Lorde Community Health Center. Geoff Zodda, chief solutions officer, IT search, led the assignment for PearlCare. Mr. Masula has 28 years of professional service in the IT industry. Previously, he was director of IT at WellLife Network.

Harris Search Associates, based in Dublin, OH, is considered one of the top search boutiques in this thriving area. The firm recently placed Amy Belew as chief information officer for the University of Tennessee at Martin. Managing partner Jeffrey Harris led the assignment.