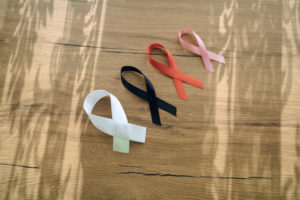 Mr. Young is a highly experienced not-for-profit CEO with particular strengths in the fundraising area. He was CEO of the Well Foundation, where he helped combine two entities to create the organization and lead it to success. Mr. Young also served as CEO of the Starship Foundation for seven years.

In addition, Mr. Young has served as on the boards of directors at Waitemata District Health Board, Three Harbours Health Foundation and Sweet Lousie. He had also served as a managing director of Young & Free.

The Cancer Society of New Zealand is the country’s leading organization dedicated to reducing the incidence of cancer and ensuring the best cancer care for New Zealanders. The organization is committed to working with communities and decision makers by providing leadership and advocacy in cancer control, with core services in information and support, research and health promotion.

“So thrilled to help lead one of New Zealand’s most respected charities which supports thousands of people each year,” said Mr. Young. “There is so much work to be done in the cancer space, trying to prevent people getting cancer in the first place as well as trying to find a cure, and all of the support services in between. This is the biggest challenge I’ve taken on in my career and I can’t wait to help make a difference.”

Ms. Hobson has over 25 years’ corporate experience, initially in banking and finance and later in executive search. She has held senior positions in corporate banking with major banks in both New Zealand and the U.S. and has worked with top-level executives optimizing financial performance and implementing company strategy. She has held directorships in both the private and public sectors, with particular expertise in finance, health and human resources. Prior to Hobson Leavy, Ms. Hobson was a partner with another New Zealand executive search firm.

A handful of cancer research organizations have turned to executive search firms in recent months to find new senior leaders. Here is a sampling from the Hunt Scanlon Media archives:

Houston-based Alexander Group placed Christine Jones as the COO of the Prostate Cancer Foundation. Managing director and founder Jane S. Howze led the assignment. “Christine’s executive leadership credentials and proven capabilities will positively impact PCF’s future initiatives which include bringing precision oncology to the global community of men with prostate cancer along with their family, friends and loved ones.”

Australian executive search firm Fisher Leadership has been enlisted by Blackburn, Victoria-based Multiple Sclerosis Ltd. to lead its search for a new CEO. Managing partner Liz Jones is spearheading the search for someone to “lead the organization through its next significant stage of transformation and growth,” said the recruitment firm.

Quick Leonard Kieffer recruited Jacqueline Burgess-Bishop as CEO of the National Kidney Foundation of Illinois, chartered as one of the founding affiliates of the National Kidney Foundation in 1964. The assignment was conducted by Steven M. Derks, president and CEO, along with principal Jennifer Deniz. Ms. Burgess-Bishop comes to the organization from Cook County Health & Hospitals System, where she served as the regional director of ambulatory services.

Development Guild DDI, which focuses on the non-profit sector, has been retained to find a chief development officer for the Lymphoma Research Foundation. William Weber, president of the search firm, is leading the assignment. Located in New York City, the Lymphoma Research Foundation is the nation’s largest non-profit organization devoted to funding innovative research and serving the lymphoma community…