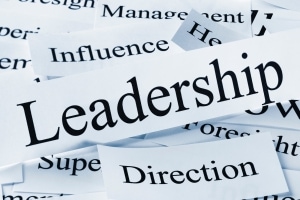 “As with any major decision made by the PDA Council, it was very important to us that the search for a new executive director be an open, equitable and public process,” said Rico Quirindongo, chair of the search committee. “We engaged a large group of stakeholders and offered multiple opportunities for public comment, in order to obtain feedback from our diverse community. We believe the process has served the market well.”

Ms. Bacarella is a former Space Needle executive and managing director of the Seattle International Film Festival. In her 14-year career at Space Needle, she was a key member of the executive team, overseeing the marketing and operational aspects of the 50th Anniversary in 2012. She was also responsible for increasing attendance and revenue at the landmark’s restaurant, retail operation, group sales and banquet facility, and played an instrumental role in the success of a $24 million remodel of the Space Needle.

Ms. Bacarella’s accomplishments with the Seattle International Film Festival included securing the funding for and negotiating the purchase of the Uptown Theater, a three-theater venue the organization had been leasing. She was also instrumental in securing the request for proposal and lease to operate the Egyptian Theater as a year-round cinema, in addition to increasing revenue and reducing overall expenses.

“She has the energy, passion and drive that is essential to be successful as the head of this complex public agency and dynamic community,” said Mr. Hanna, adding that Ms. Bacarella’s depth of experience and proven commitment to other major Seattle institutions was a major plus. “She has proven skills in managing operations and marketing that will serve us well as the historic Pike Place Market meets a rapidly changing city scape.”

Founded in 1907, Pike Place Market is the premier historic Farmers Market in the U.S. attracting more than 15 million visitors from around the globe each year. A unique multi-constituent organization boasting a mix of government, non-profit and retail stakeholders, the market is comprised of hundreds of farmers, craftspeople, small businesses and residents.

Mr. Rabinowitz has over 16 years of experience in the executive search industry and serves as a strategic recruiting partner to top executives. He combines a strong national and international network with a strong focus on serving Northwest-based clients. He has partnered with companies as diverse as T-Mobile, Cardiac Science, and the Pilchuck School of Glass to fill senior leadership roles that include board members, C-level executives and strategic functional leaders.

Mr. Pabst, for his part, has nearly 20 years of experience in executive recruiting. He has placed executives in a wide range of settings, including the private and public sectors as well as non-profit organizations. He has worked both in-house and with executive search firms.