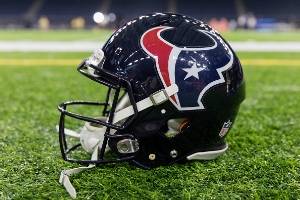 January 4, 2018 – Korn Ferry has been chosen by the Houston Texans to lead its search for a new general manager. The assignment comes in the wake of Rick Smith’s decision to take an extended leave of absence from the team to help care for his wife, who recently was diagnosed with breast cancer. Jed Hughes, a Korn Ferry vice chairman and global sports sector leader, is heading the search.

Korn Ferry is no stranger to the team. In 2013, the search firm assisted the Texans in the hiring of coach Bill O’Brien.

While Mr. Smith plans to return, he said it was up to team owner Bob McNair to decide if the team would hire a new general manager. Mr. Smith retains his role as executive vice president of football operations.

“If we hire a GM and have a guy to run the personnel, then we’ll do that,” said Mr. Smith. “So, again, it’s a fluid process, but I absolutely intend on coming back.”

Korn Ferry’s sports practice is led by Mr. Hughes, who is well known for identifying, assessing and developing leaders for sports organizations. His relationships in sports and intercollegiate athletics are extensive, having spent 20 years coaching in professional and intercollegiate football and working for five Hall of Fame coaches. He also led the development of psychological testing, competency development and structural behavioral interviewing for the San Francisco 49ers and Green Bay Packers. Jason Belzer of Forbes has called Mr. Hughes the most valuable connector of the sports industry.

The general manager role may be the toughest job in professional sports to fill. In the last decade, as the four major North American professional leagues — Major League Baseball, the National Football League, the National Basketball Association and the National Hockey League — have seen revenues and profits soar, the role has become more complex, more challenging and exponentially more stressful, according to a report issued by the Korn Ferry Institute. Increased media attention, fueled by the 24-hour news cycle of cable television, the internet and social media, has put general managers under intense, and unprecedented, scrutiny.