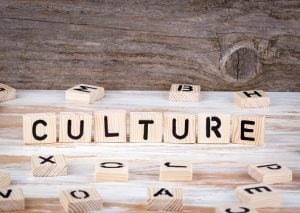 “In his new role, Ian will accelerate and expand on the culture shaping work we are doing today for clients across the region to support their strategies for profitable growth,” said Michael Marino, executive vice president and managing partner for culture shaping.

Mr. Johnston has been a senior leader of culture shaping in the European region for the past 15 years, serving most recently as partner. He is known for enabling CEOs to lead with vitality, vision and clear purpose, working with clients to ensure that their organizations are strategically viewing culture in times of uncertainty.

This past November, Heidrick announced that Jim Hart was retiring as head of its culture shaping division Senn Delaney. He remains a senior advisor to Heidrick’s leadership team and Mr. Marino now services as president and CEO. Mr. Marino served on the leadership team at Senn Delaney for more than 20 years, most recently as a partner and EVP. He has led strategic accounts across a wide range of industries, including FedEx, Loblaw, GlaxoSmithKline and USAA. He has been instrumental in new product development and integrating those products into Heidrick’s culture shaping business.

In 2012 Heidrick & Struggles acquired Senn Delaney, a firm that since 1978 Fortune 500 and Global 1000 CEOs have worked with to help shape their corporate cultures, well before ‘culture’ and ‘talent fit’ entered the lexicon of human capital management leaders.

Heidrick Seen As No. 1 Culture Brand

Culture shaping is now seen as one of the most important drivers to achieve competitive advantage among companies, and most search firms, including boutiques, now offer some variation of it. It includes human capital management, business transformation strategy, leader engagement, talent optimization, organizational development, HR transformation, and leadership & talent management.

In a poll conducted last year by Hunt Scanlon Media on culture shaping, ‘Aligning Strategy and Culture,’ respondents cited culture as the most important workplace consideration at their organization (73 percent). When asked how culture was driven as ‘a leadership priority’ at their organization, 42 percent responded ‘from the top down.’ Half of respondents said that culture at their company could be ‘significantly improved upon.’ Tellingly, when asked if culture could be ‘significantly improved upon,’ nearly half of respondents (48 percent) said yes.

Culture seems to be what attracts many employees to companies: 56 percent of respondents to the Hunt Scanlon culture poll selected it as a ‘priority’ over job satisfaction and compensation. Respondents said that culture change needed to become a ‘more significant part’ of their organization’s leadership agenda (44 percent). When asked which search firm was best identified with offering culture shaping services, Heidrick & Struggles came out on top, with 44 percent citing the recruitment company over Egon Zehnder and Spencer Stuart (each identified by 28 percent of survey respondents).

Study after study suggests that culture shaping is a concept that is here to stay. A study released by rival leadership solutions provider Korn Ferry Futurestep found that nearly two thirds (61 percent) of executives said organizational culture was the most important recruiting advantage for global organizations. In another separate study, Korn Ferry Hay Group found that “driving culture change” ranks among the top three global leadership development priorities. Organizational culture, it seems, has reached a tipping point, and companies that now put culture first are becoming icons for job seekers and especially the future generation of leaders who place a premium on work-life balance and culture fit in choosing where to work.