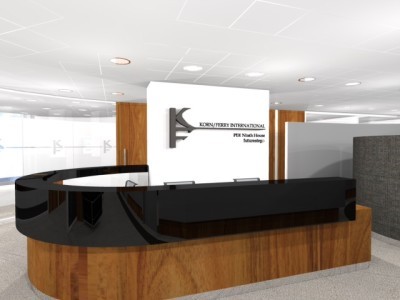 The $24.9 million revenue rise is primarily due to increases of $10.1 million, $7.5 million, and $7.3 million in fee revenue in Futurestep, executive recruitment, and leadership & talent consulting, respectively. The overall increase was driven by fee revenue growth in a number of sectors, including financial services, life science/healthcare, technology and education/non-profit, partially offset by a decline in its industrial and consumer goods practices.

Regionally, revenue increases were driven by a $10.1 million increase in North America (13 percent gain), partially offset by a $2.3 million decrease in South America. Revenues in Europe, the Middle East, Africa and Asia Pacific were relatively flat.

Korn Ferry recently completed its acquisition of Hay Group. Under terms of the acquisition agreement, the firm paid $452 million for Hay Group. That company will now fall under Korn Ferry’s leadership & talent consulting segment. Korn Ferry said it plans to take restructuring charges of $20 million to $25 million in its fiscal third quarter related to the integration of the two companies.

“In our recently completed second fiscal quarter, I am proud to report that Korn Ferry generated the strongest topline results in the company’s history, representing a 16 percent year-over-year increase in fee revenue on a constant currency basis,” said Gary D. Burnison, CEO.  “Now with the close of our acquisition of Hay Group, we have unified two great organizations to create the preeminent advisor for an organization and its people. As a combined firm, we have an unrivaled ability to address the entire talent continuum, a move that affirms the critical role that people and leadership play in driving organization performance.”

For the current quarter ending in February, Korn/Ferry expects revenue in the range of $268 million to $278 million for the fiscal third quarter. The company declared a quarterly dividend of $0.10 per share.

Korn Ferry shares have climbed 28 percent since the beginning of the year. The stock has increased 35 percent in the last 12 months. The company’s market cap stands at just over $2 billion.