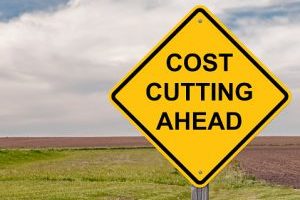 During the quarter, MRINetwork posted revenue of $12 million, a decline of 8.4 percent compared to $13.2 million in the fourth quarter of the prior year. Its ‘Specialty Talent & Technology Solution’ segment recorded revenue of $18.5 million, which included the contribution from EdgeRock acquired in 2015. This compares to prior-year fourth quarter revenue of $18.1 million, or an increase of two percent. EdgeRock is a privately held, specialist IT staffing firm headquartered in Boston.

“We are pleased to see the benefit of our efficiency and cost management actions on our operating expenses and cash flows in the fourth quarter, providing a stronger foundation for our future success,” said president and interim chief executive officer Michael S. Castleman.  “As we enter 2017, the entire CDI team remains squarely focused on our transformation. Through targeted programs that leverage inherent strengths of the CDI platform, we are aligned on our primary mission: to deliver profitable growth and thereby generate improved investor returns.”

CDI Corp. recently announced that its president and chief executive officer, Scott Freidheim, resigned to pursue other, “non-competitive” business interests. CDI named Mr. Freidheim its CEO in 2014. Prior to CDI, he served as vice chairman-post acquisition management (Europe) at Investcorp International. Mr. Freidheim’s resignation followed disappointing revenues of $226.7 million, a decrease of 8.2 percent from revenues of $246.8 million a year ago.

Also during the year, MRI appointed Jill Albrinck as its new president. She previously served as chief operating officer of DeVry University.

The company expects revenue for the first quarter of 2017 to range from $180 million to $185 million.  This guidance reflects slower activity experienced in the first part of the quarter, consistent with that experienced in the late part of the 2016 fourth quarter, followed by increased activity levels across multiple segments, including its ‘Enterprise Talent’ segment, beginning in late January.

CDI shares have increased slightly more than five percent since the beginning of the year. In the final minutes of trading upon release of the company’s numbers, shares hit $7.80, an increase of 54 percent in the last 12 months.