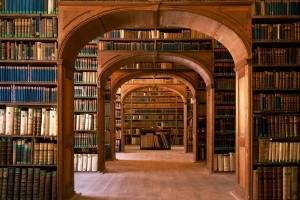 Her predecessor, Robert P. Doyle, is retiring after 20 years in the role.

“Diane emerged early as a top candidate in a pool of highly qualified professionals in the library, association and general non-profit arenas,” said Heather Eddy, president and CEO of Alford. “She brings stellar experiences from multiple viewpoints and will ensure the future of ILA is as strong as its past.”

ILA board member Melissa Gardner said the association is excited to bring Diane on board. “Her experience, energy and vision are the perfect combination to propel us into the next era at ILA,” said Ms. Gardner. “I am confident that she will serve our membership well.”

Ms. Foote has a long history of leadership, both as an executive director of a membership association and as a member leader. She previously served as assistant dean of the school of information studies and curator of the Butler Children’s Literature Center at Dominican University. At the college, she recruited and shaped new librarians, launched and managed multiple special projects, and conducted both donor stewardship and development, particularly with the Butler Family Foundation, said the ILA. Before that, Ms. Foote was executive director of the American Library Association.

“The mission of the Illinois Library Association resonates with me as a citizen, a parent and a professional,” said Ms. Foote. “I have spent my entire career, as well as my volunteer time and effort, in organizations dedicated to ensuring a literate, educated population. As the information environment grows ever more complex, librarians will be needed more than ever, and the opportunity to lead Illinois librarians in these ventures is extremely exciting to me.”

The Illinois Library Association is regarded as the voice for Illinois libraries. It provides leadership for the development, promotion and improvement of library services in Illinois and for the library community in order to enhance learning and ensure access to information for all. Its membership includes more than 2,500 individuals and 500 institutions, made up of public, academic, school, and special libraries as well as librarians, library assistants, trustees, students and library vendors.

“The uptick in searches throughout the field has been growing for the last couple of years,” said Dan Bradbury, managing partner of Bradbury Miller Associates, an executive search firm focused on the library sector. “Finding the best library president, CEO, executive director or director — probably the most important decision a sitting library board or commission will make — is becoming more challenging because many of the logical successors who have been serving in deputy, assistant or associate director roles are aging Baby Boomers themselves.” The pools of willing and able prospects are, therefore, shrinking, he said.

“Libraries are seeking dynamic leaders with a vision for what the library can be for the communities they serve,” said Mr. Bradbury. “Governing boards are looking for top drawer talent to serve as inspirational leaders who are collaborative in building meaningful community partnerships.”