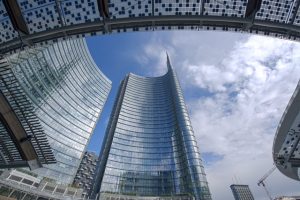 June 14, 2016 – Egon Zehnder has been retained by UniCredit to lead its search for a new chief executive officer. Past CEO Federico Ghizzoni agreed to step down last month as investors demanded a change in management.

According to sources, Korn Ferry, Spencer Stuart and Russell Reynolds Associates were also considered for the search with Egon Zehnder getting the nod.

Egon Zehnder is currently compiling a shortlist of candidates to lead Italy’s largest bank. A source there said the search firm will offer a list of names to the corporate nominating committee, which will then start the selection process.

The ideal candidate will require a high international standing and will have to be appreciated by the market, the source said, adding nationality was no issue.

Italy’s Economy Minister Pier Carlo Padoan told Reuters on Thursday he hoped UniCredit would name a new CEO quickly, adding he expected a successor to be named within ‘a few weeks’ and fully installed by the end of the summer.

UniCredit Group is an Italian global banking and financial services concern. Its network spans 50 markets in 17 countries, with more than 8,500 branches and over 147,000 employees. Its strategic position in Western and Eastern Europe gives the bank group one of the region’s highest marketshare.

Overseas, Egon Zehnder is also continuing on with the CEO search for GlaxoSmithKline (GSK), one of the biggest search assignments in British business. The firm is currently drawing up a list of potential candidates, both from within the company and outside of it, as well as candidates from within the pharma industry itself.

Egon Zehnder specializes in the recruitment and leadership solutions business and has more than 400 consultants operating from 41 countries. The firm’s CEO succession practice includes a team of consultants who bring a global best practices rigor to fulfilling top level chief executive assignments. Its chief global rivals are Heidrick & Struggles, Korn Ferry, Russell Reynolds Associates and Spencer Stuart, with a host of specialist firms and international consortiums competing with it for C-level and board directorship positions.

Check Out These Related Articles On Financial Services Recruiting: