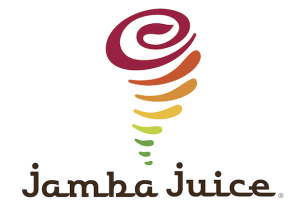 October 2, 2015 – Jamba, Inc. has retained the services of executive search firm The Elliott Group to lead its search for a new chief executive officer. James D. White has announced he will be retiring as the company’s president, CEO and chairman of its board of directors after seven years at the helm. He will remain in his current position to help oversee Jamba’s operations until a successor has been identified.

The board expects to hire a CEO who has a strong track record of success, financially and operationally, as a leader in a franchisor organization in the restaurant industry.

Jamba operates the Jamba Juice chain, a leading outlet for blended fruit drinks with more than 800 smoothie stands throughout the U.S. and in a handful of other countries. Its locations include freestanding units as well as on-site kiosks in high traffic areas, including college campuses, gyms, and airports.

The restaurant industry employs 14 million workers in one million locations. It remains the nation’s second largest private sector employer. Driven by an improving economy, restaurant and food services sales are expected to hit a record high of $709.2 billion by the end 2015, according to the National Restaurant Association’s 2015 Restaurant Industry Forecast.

The restaurant industry will outpace total U.S. job growth for the 16th consecutive year in 2015, keeping the industry among the U.S. economy’s leaders in job creation. In the next decade, restaurants will add 1.7 million new positions, according to the National Restaurant Association.

The Elliot Group is a global executive search and strategic consulting firm that is dedicated to the hospitality, foodservice, manufacturing and retail service industries. With headquarters in New York and offices in Georgia, New Hampshire and Texas, the firm’s consultants are sought out by equity and financial groups for their counsel on human capital and senior level recruiting issues.