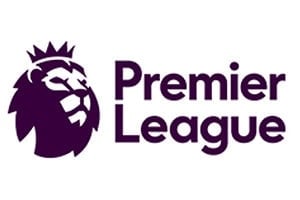 November 19, 2018 – Jonathan Smith of Spencer Stuart has recruited the former leader of Discovery Communications, Susanna Dinnage, as the first female CEO of the Premier League. As head of the English soccer league, Ms. Dinnage becomes one of the most prominent women in professional sports. She starts her new role in early 2019, taking over from Richard Scudamore, who steps down after almost 20 years.

Ms. Dinnage is a leading figure in the broadcasting industry, a proven business executive and a talented developer of people, said Bruce Buck, chairman of both the Chelsea Football Club and the Premier League’s nominations committee. “We are very pleased to appoint such a capable leader to this important role,” he said. “We had a very strong field, but Susanna was the outstanding choice given her track record in managing complex businesses through transformation and digital disruption. She is ideally suited to the role and we are confident she will be able to take the Premier League on to new heights.”

Ms. Dinnage currently leads Animal Planet, a Discovery channel that focuses on programs about the natural world. She previously ran the U.K. and Ireland business of Discovery, the media company that owns Eurosport and cable channels such as TLC, HGTV and the Food Network.

“Susanna has been a terrific leader for Discovery over the last 10 years,” said J.B. Perrette, president and CEO Discovery Networks International. “She has a strong understanding of brands and running diverse media businesses both in the U.K. and more recently with Animal Planet globally. She has been a fantastic teammate for all of us at Discovery and we are delighted that she has been given this unique and groundbreaking opportunity to lead one of the world’s preeminent sports organizations.”

“The Premier League means so much to so many people,” said Ms. Dinnage. “It represents the pinnacle of professional sport and the opportunity to lead such a dynamic and inspirational organization is a great privilege. With the support of clubs and the team, I look forward to extending the success of the League for many years to come.”

Mr. Smith recruits CEOs, other senior executives, chairmen and non-executive directors across a broad range of consumer-related quoted, private and private equity clients. He is a member of the European CEO & board practice and head of the European sports business practice.

Throughout his 18 years at Spencer Stuart, Mr. Smith has completed more than 400 CEO, board director, CFO and other top management searches. He is a leader in CEO search having spearheaded 21 FTSE 100 and 250 quoted company CEOs and over 30 private company CEOs – including some of the world’s great sports clubs and organizations. His diverse client work includes leading retail, consumer service, hospitality and leisure, business service and other multinationals and private equity firms.

A number of women have been placed into leadership roles by executive search firms in recent months. Here is a sampling from the Hunt Scanlon Media archives:

Diversified Search has placed Mary C. Daly as the 13th president and CEO of the Federal Reserve Bank of San Francisco. Dale E. Jones, the recruitment firm’s president and CEO, led the assignment along with board practice head Veronica Biggins. Ms. Daly becomes the third woman among the 12 presidents of the Fed’s regional banks.

Korn Ferry placed Carla Williams as the director of athletics at the University of Virginia (UVA). She becomes the first female African-American AD at a Power Five conference school and is the fifth active female AD at that level. Jed Hughes, a Korn Ferry vice chairman and global sports sector leader, led the assignment.