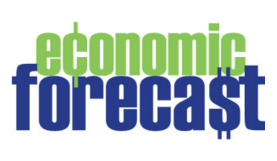 November 23, 2015 – The Conference Board’s U.S. leading economic index rose sharply in October, suggesting continued expansion heading into the New Year. The index rose 0.6 percent in October, following declines of 0.1 percent in both September and August. This matched the average estimate of economists surveyed by The Wall Street Journal.

“The U.S. leading economic index rose sharply in October, with the yield spread, stock prices, and building permits driving the increase,” said Ataman Ozyildirim, Conference Board director of business cycles and growth research. “Despite lackluster third quarter growth, the economic outlook now appears to be improving. And while the six month growth rate has moderated, the U.S. economy remains on track for continued expansion heading into 2016.”

Made up of 10 components including weekly initial claims for unemployment insurance, building permits and the S&P 500’s price change, The Conference Board’s economic index is intended to signal swings in the business cycle and to smooth out some of the volatility of individual components.

The Conference Board’s Consumer Confidence Index, however, which increased moderately in September, declined in October.

“Consumer confidence declined in October, following September’s modest gain,” said Lynn Franco, director of economic indicators at The Conference Board. “Consumers were less positive in their assessment of present-day conditions, in particular the job market, and were moderately less optimistic about the short-term outlook. Despite the decline, consumers still rate current conditions favorably, but they do not anticipate the economy strengthening much in the near-term.”

The labor market bounced back in October as employers added 271,000 jobs and the U.S. unemployment rate dropped to a flat five percent according to the most recent U.S. Bureau of Labor Statistics report. The unemployment rate currently stands at its lowest mark since April 2008.

“The U.S. economy seems to be heading in the right direction,” said Mark Hamrick, senior economist at Bankrate.com. “But we’ve been stuck in this modest or moderate mode of jobs growth for months. When we were in the final months of 2014 we were seeing a strong surge. We’re not going to see the same thing this year.”

Other employment reports are much more bullish. Manpower’s latest ‘Employment Outlook Survey’ reported that U.S. employers are predicting their strongest hiring since 2007. A Bloomberg BNA survey on hiring projections and job security trends found that employment trends are pointing to an expanding workforce.