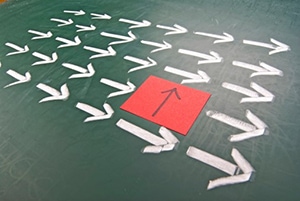 August 8, 2018 – The non-profit sector has gained economic strength in recent years, making it the third largest employer in the country. Nearly two million not-for-profits employ 10.7 million people and produce $1.9 trillion in revenue. In the past decade, employment in the sector grew by 17 percent. With demand for non-profit talent at an all-time high, search firms have plenty of work looking for candidates.

The good news: there are plenty of candidates looking at the sector for personal growth and career opportunities.

Recently, DRG Search helped place David Doneson as the new CEO of the American Committee for the Weizmann Institute of Science in New York. He succeeds Marshall S. Levin, who served as CEO for 10 years. David Edell, president of the search firm, led the assignment.

DRG was joined in the extensive nationwide search by a diverse committee made up of nine members of the American Committee’s board of directors, chaired by Ellen Merlo.

“Dave Doneson is a dynamic leader with a notable record of accomplishments in the field of financial resource development, specifically for academic and research institutions,” said Ms. Merlo. “He is passionate about the Weizmann Institute’s mission of science for the benefit of humanity. His outstanding professional talents and collaborative approach to management make him uniquely suited and the ideal choice to lead the American Committee.”

Mr. Doneson, a senior fundraising professional, was most recently chief development officer of the American Technion Society. Prior to that, he served as director of development for the University of Michigan Health System, where he managed teams dedicated to major gifts fundraising. Mr. Doneson served in many capacities during his six years at the University of Michigan, including directing alumni relations and major gifts.

“I am delighted to welcome Dave to the Weizmann Institute family,” said David Teplow, president of the American Committee. “I look forward to working closely with him on building upon our historic accomplishments as we strive to increase funding for the institute and strengthening bonds between our supporters and scientists.”

Mr. Doneson said he was excited about his new role, especially with the non-profit’s 75th anniversary coming next year. “The Weizmann Institute exemplifies the highest standards of excellence in science research and education, and the American Committee exemplifies the same in philanthropy,” he said.

Since its founding, the American Committee has provided more than $2.5 billion in support of the Weizmann Institute of Science. The committee is currently engaged in Transforming Tomorrow: Accelerate the Next 75 Years of Scientific Breakthroughs, a three-year special fundraising campaign marking the organization’s 75th anniversary. The Weizmann Institute of Science in Rehovot, Israel, is one of the world’s top-ranking multidisciplinary research institutions. Its 3,800-member scientific community engages in research addressing crucial problems in medicine and health, energy, technology, agriculture and the environment.

Founded in 1987, DRG Search specializes in recruiting for the non-profit sector. Mr. Edell is known as a national leader in finding talent throughout the Jewish community. He has led searches for senior executives at most of the major national organizations, including JCPA, Hillel International, Birthright Israel, NEXT and the Jewish Funders Network. He has also worked with the boards of Jewish Federations, Community Centers and Jewish Family Service agencies in communities across the country, as well as with many influential Jewish philanthropic foundations and their grantees.

Mr. Edell conducts searches for non-sectarian non-profit organizations in the fields of human services, mental health, healthcare and education. Among other partnerships over the years, he has also developed a rewarding relationship with a national child welfare organization for whom he has conducted over 100 searches for the executives of their member children and family agencies