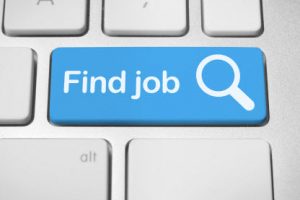 November 15, 2016 – DirectEmployers Association has tapped Michael Goldberg to serve as its new executive director. For the last 16 years, Bill Warren has served as its leader.

“I want to emphasize that I will forever be grateful to this organization for having granted me one of the greatest opportunities of my life, to be a part of the accomplishments and the great times we have had over the years,” said Mr. Warren. “It has truly been a privilege leading DirectEmployers. I want to emphasize that this transition will not affect our day-to-day operations and I am confident that my successor, and the strong leadership team we have in place will carry my legacy forward.”

Mr. Warren is widely recognized as the founder of online recruiting. In 1992 Mr. Warren founded Online Career Center (OCC), the first employment site on the Internet. He remained president of OCC after it was sold to TMP Worldwide (now Monster Worldwide) in 1995. OCC was renamed Monster.com and he was named president in 1998.

A DirectEmployers’ board member for the past two years, Mr. Goldberg formerly served as the director of talent acquisition at American Heart Association. His responsibilities focused on managing the talent acquisition and sourcing function there. Major accomplishments included rebuilding the recruiting function at the association’s national center focusing on metrics and process improvement. His team filled over 1,000 positions in the last two and a half years while reducing time to fill by 25 percent and improving candidate satisfaction over 80 percent.

Prior to that, Mr. Goldberg was director of talent acquisition at brand experience company Freeman. He also served in various HR positions at Insight, TalentReach and BDO Seidman, LLP.

“Along with his enthusiasm and desire to innovate, Michael brings over 25 years of human resources and talent acquisition strategy experience to DirectEmployers,” said Paul White, president of the board of directors. “In working over the last two years with him, and after presenting his business plan to the interview committee, we believe that his energy, vision and passion for the DirectEmployers’ mission will serve our employees, members and partners very successfully.”

“Candee’s unique contributions to the Association, coupled with her industry rapport and practitioner background, make her a natural choice for this new position,” said Mr. White. “In her time at DirectEmployers, she has positively impacted the compliance solution, and provided countless members with guidance and assistance during audits.”

DirectEmployers Association is an employer-driven association focusing on talent acquisition and inclusion that utilizes its technology and thought leadership to amplify job visibility and employment brand, facilitate partnerships to meet EEO/AA goals and provide proof of job delivery.

Check Out These Related Articles On New Leadership Appointments: