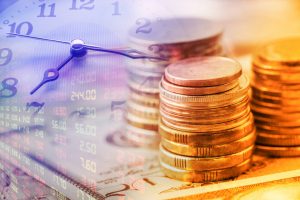 Doug Moffitt comes to Gibraltar Private from U.S. Trust, the private wealth management business of Bank of America, where he was managing director for the investment division.

The search, which spanned several months, was national in scope, though DHR largely focused on the Florida and New York markets, where Gibraltar is located. For the candidates, the search was highly competitive. But the assignment posed challenges for the recruitment firm as well.

“Gibraltar was operating under a consent order issued in 2014 when we started the search,” said Ms. Hartman. “Fortunately, the week we finished the search they also announced that the Office of Comptroller of the Currency had lifted that consent order to ensure the bank’s compliance with anti-money laundering requirements. It made the search more complex, but we were able to attract interesting candidates. The bank is now poised to enter a period of growth and prosperity with a fantastic new wealth leader.”

During his tenure at U.S. Trust, Mr. Moffitt developed the bank’s nationally-adopted relationship expansion initiative, which helped the organization pinpoint expansion opportunities within existing relationships. Mr. Moffitt began his stint at U.S. Trust as a manager of high net-worth investments and a market investment executive for the New York City and Long Island markets.

Prior to that role, Mr. Moffitt was vice president for Geneve Corp., a family-owned diversified holding company and family office. He also worked as chief operating officer at Aplos Advisors, a start-up fundamental equity long/ short hedge fund advisor, and Goldman Sachs, where he was managing director of the equities division, among other roles.

Mr. Moffitt received both his bachelor’s degree, in communication studies, and MBA, in marketing and finance, from Northwestern University.

“Doug is one of the most intelligent, authentic people I have ever met,” said Ms. Hartman. “He has a scope of experience that will bring a level of investment acumen and service to Gibraltar clients that will transform their experience.”

Financial services organizations are facing a new competitive landscape, regulatory challenges and a constant struggle to manage cost and efficiency. This requires strategic leaders with a multidimensional skill-set. Like all financial institutions, banks continue to turn to executive recruitment firms to find new leaders. Here’s a sampling of some important recent searches that are either underway or recently completed, from the Hunt Scanlon Media Archives: