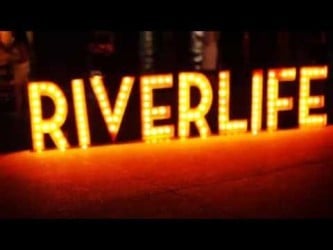 Ms. Li will move to Pittsburgh from Boston, where she recently celebrated her 24th year with The Boston Harbor Association (TBHA), first as its executive director and more recently as its president. During her tenure, she helped oversee several initiatives to revitalize the harbor, including a program to restore its beaches using $30 million in funding from the state of Massachusetts. She also helped oversee the creation of HarborWalk that includes 41 miles of public access in six waterfront neighborhoods.

Prior to her time with The Boston Harbor Association, Ms. Li was a staff member for former Massachusetts Gov. Michael Dukakis, a special assistant to Massachusetts’ public health commissioner, a project manager for the Boston Redevelopment Authority, and an urban conference manager for the National Urban League.

“Vivien Li has a remarkable legacy of achievement in supporting the cleanup and fostering the vitality of Boston’s waterfront,“ said Riverlife board of directors chairman Thomas F. Lamb Jr. “We are thrilled to have Vivien join Riverlife as we enter a new phase of riverfront development. She will bring her passion, focus and lessons learned in Boston to the work Riverlife continues to do to make Pittsburgh’s riverfront parks world-class destinations for our residents and visitors.”

Riverlife (formerly Riverlife Task Force) is a public-private partnership established in 1999 to guide and advocate for the redevelopment of Pittsburgh’s riverfronts. Riverlife works to reconnect Pittsburgh with its rivers by bringing recreation, ecological restoration and economic opportunity back to the city’s  waterfronts.

Mr. Smith is the leader of DHR’s economic development search practice. He recently placed Mark Wallace into the Detroit Riverfront Conservancy as its president and CEO. DHR’s board & CEO practice group conducts board of director and chief executive assignments for public and private institutions across a number of industry sectors and market capital size. DHR is currently leading the CEO search for Myers Industries and recently completed CEO placements for United Way of Salt Lake and NTENT.