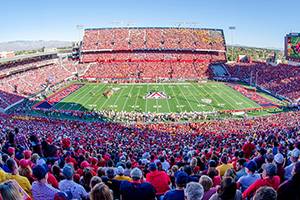 January 22, 2018 – With the college football season at its end, expect to see a lot of firing and hiring activity involving coaches. With that, schools are expected to continue relying on search firms to fill the resulting vacancies.

The latest, after a search that lasted all of about two weeks, DHR International has placed Kevin Sumlin as head coach at the University of Arizona.

The job became open with the dismissal of Rich Rodriguez amid accusations of sexual harassment and creating a hostile workplace. “After conducting a thorough evaluation of our football program and its leadership, both on and off the field, president Robert Robbins and I feel it is in the best interest of the University of Arizona and our athletics department to go in a new direction,” said Dave Heeke, athletic director.

Mr. Sumlin, a three-time national coach of the year finalist, comes to Arizona after six seasons as head coach at Texas A&M University, where he compiled a 51-26 record including three bowl victories. He was also head coach at the University of Houston for four seasons, amassing a 35-17 record. In his 10 seasons as a head coach, he has an 86-43 record and his teams have played in bowl games in nine of those seasons.

Mr. Heeke described Mr. Sumlin as a proven winner who is expected to have an immediate impact on the football program, the athletic department and the university. “An accomplished coach and an excellent recruiter, Kevin shares our vision and values and fits with who we are and who we want to be,” said Mr. Heeke. “His commitment to academics and to community service are a testament to his character. I have no doubt that Kevin will bring an exciting brand of football to Tucson and that championships will follow.”

Mr. Sumlin said he welcomes the challenges ahead. “With a strong foundation already in place, we will work quickly to assemble an elite coaching staff and immediately begin the work of establishing our culture, recruiting future Wildcats and connecting with Wildcats past and present,” he said “We will win championships. We will graduate our players and they will contribute to the university in many ways while they are here. We will represent Arizona with class and pride.”

DHR’s sports practice is a global specialty for the firm with capabilities on six continents across all sports-related organizations. These range from Fortune 500 companies and professional sports teams to public and private university athletics. The firm has handled searches for the University of Pittsburgh, Colorado State University, Fresno State University, San Jose State, Kansas, Syracuse and Quinnipiac University, among others.

“Using a search firm to find an AD or head coach brings many benefits to colleges, including speed, coordination and discretion in an industry where all three are vital,” said Mr. Sugiyama. “Search firms can provide many tangible and intangible items in a search process.” In addition to confidentiality, industry expertise, organization and detail, search firms can give an institution a “credible and professional third party” credibility while providing the institution “protection and plausible deniability,” he said.