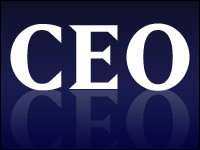 November 12, 2015 – DHR International has recruited Rick Homans as president and chief executive officer of the Tampa Bay Partnership. The search was completed by David Smith, partner – economic development, and Tina Winner, a partner at DHR’s Jobplex. The Partnership conducted a nationwide search and interviewed candidates in Florida and throughout the U.S.

Mr. Homans previously served as president and CEO of the Tampa Hillsborough Economic Development Corporation. Prior to that, he served in the cabinet of Governor Bill Richardson of New Mexico, as secretary of economic development and, subsequently, as secretary of taxation and revenue. Additionally, Mr. Homans served as president of a New Mexico-based publishing group, and he founded the New Mexico Business Weekly.

Brian Lamb, Tampa Bay Partnership chair and Fifth Third Bank (North Florida) regional president, said: “The organization has been on a steady and focused trajectory to thoroughly vet candidates to find its next highly motivated leader, and we were fortunate enough to have found the right candidate from within the region. I am confident that Rick is the right person for the job as his extensive experience closely aligns with the strategic direction of the organization, which will focus on solidifying ‘one voice’ for the region.”

The Tampa Bay Partnership was founded in 1994 by local business leaders and elected officials who had the vision of forming a partnership between regional economic development organizations, stakeholders and businesses. Encompassing eight-counties, including Citrus, Hernando, Hillsborough, Manatee, Pasco, Pinellas, Polk and Sarasota, the Partnership brings together a region while benefitting from the collective clout of a cohesive organization.

DHR has a dedicated economic development practice group focused on identifying leaders for public-private partnerships that foster economic prosperity. The firm has recruited a number of leaders for non-profit organizations, including recently placing David M. Roche as director and CEO for Phoenix-based Heard Museum. The search was completed by Bill Franquemont, a partner in DHR’s Phoenix office. DHR also placed Vivien Li as president and CEO of Pittsburgh’s Riverlife. David P. Smith, EVP in the firm’s Pittsburgh office, led the search.

Check Out These Related Articles on DHR: