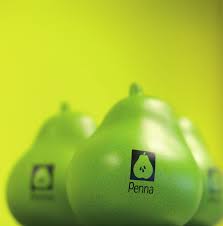 November 12, 2015 – Penna Plc, a provider of executive search and interim management services across the public and private sectors, has announced significant increases in six-month revenue, its best half year performance since the Great Recession began. The firm’s interim unaudited financial results for the six months ended September 30 shows a 15 percent increase in gross revenue to £47 million and a 20 percent rise in net revenue to £25 million. Penna enjoyed a 34 percent increase in operating profit of £2.8 million as well as a 36 percent gain in profit after tax of £2.3 million.

The firm said while the U.K. recruitment market has strengthened, it is not yet back to the levels of activity seen before the recession. Despite that, Penna’s Recruitment Solutions division reported a net revenue increase of 25 percent to £11.2 million and an operating profit increase of 16 percent to £1.6 million.

Its Career Services division reported revenues an increase of eight percent to £10.4 million. Its Talent Management division, which last year returned an operating loss of £300,000 broke even this year and posted a 45 percent jump in revenues, which now stand at £3.1 million.

“Penna made further substantial progress in the first half with profit after tax up 36 percent to £2.3 million and earnings per share up 36 percent,” said chairman Stephen Rowlinson. “These advances are particularly noteworthy because comparisons are with performance in first half of last year, which at the time I was able to describe as by far the best first half performance from the company since the beginning of the recession in 2009.”

Penna recently became the U.K. member firm of Senior Management Worldwide (SMW), an international executive interim network of 15 partner firms. Joining the network has enabled the firm’s executive recruitment and interim division to expand its global reach and support other interim businesses in the SMW network. Penna currently has a network of offices and partner organizations in Europe, the U.S., Canada, South America, the Far East and Australasia.

“We have seen a real step change in the industry over the past decade, with more professionals seeking global assignments and a greater number of organizations looking for exceptional talent for international operations,” said Simon Drake, director of executive recruitment, search and interim services.

Penna has also been expanded its own staff. In May, the firm added Alice Hargreaves and Trudi Churchward as senior partners and Tara Twyman as a client partner. Having worked in recruitment communications for the past 13 years, Ms. Hargreaves works with commercial clients with digital communications strategies. Ms. Churchward has over 20 years of experience in recruitment marketing and resourcing across commercial, public and third sectors. Ms. Twyman has extensive experience from both the recruitment and education marketing sectors.

Penna also named several new appointments to its executive interim and search practice in 2015: Marcus Lorenzo was named as the firm’s new practice head for the retail and consumer sectors. He was formerly an associate partner at Green Park Interim & Executive Search and before that was with Warren Partners; Karen Camilleri became head of the firm’s transport and infrastructure executive interim practice. Her experience spans the public and private sectors with a focus on placing senior managers up to and including board level; Matthew King was hired as senior consultant within the firm’s construction, engineering and manufacturing space. He supports organizations going through large scale change & transformation and partnering with them through interim management solutions; Andrew Cholerton also joined the firm to take responsibility for growing Penna’s infrastructure and transportation practice. He has experience recruiting at board and senior manager levels across a variety of business functions; Catherine Kift had been appointed as a sector leader to further develop Penna’s local government, not-for-profit and education market sectors. She is a specialist recruiter and an expert in senior interim recruitment within local government and the not-for-profit sector.

“As the U.K. economy continues to grow strongly we are seeing a significant rise in clients’ expenditure on recruitment and other HR projects,” said Mr. Rowlinson.